DETROIT (FOX 2) - Three men have come forward - and two have gotten lawyers - saying they were punched by the same Detroit police officer last weekend in Greektown.

"Most of it I don’t remember, I don't even remember being punched," said Marcus Alston.

Three men have come forward - and two have gotten lawyers - saying they were punched by the same Detroit police officer last weekend in Greektown.

"That type of stuff should not happen to nobody," he said. "You don't know all the stress I am going through."

Last weekend in Greektown, Marcus with his two friends, two brothers - Antjuan and Antonio Hardy, say they were walking to their car and witnessed a brawl.

Their attorney says the brothers went to see what was going on when they were roughed up by DPD officers. Antonio says he was punched by the same officer that hit Marcus.

When Marcus saw it happen, he said he tried to intervene and was pushed first.

"I'm pointing, I want your badge number," Alston said. "And then I don't remember anything after that." 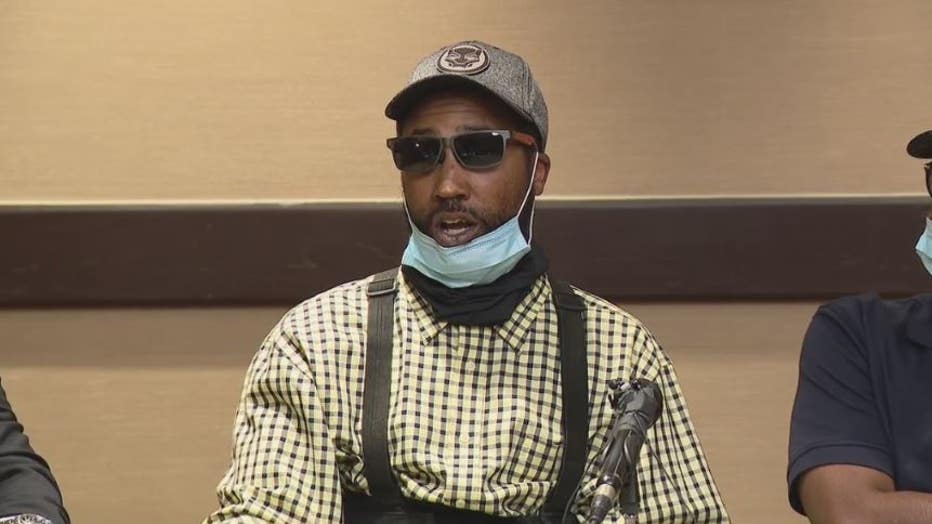 "This incident is unacceptable, and give me great concern," White said.

"I have exercised my right to suspend the officer in question, pending the conclusion of this investigation," White said. "That suspension took place last night."

It is unclear how long that suspension will be. White is asking for patience as DPD goes through video of the incident.