DETROIT (FOX 2) - A Detroit gas station clerk is accused of killing a customer after the two get into an argument inside the store over an alleged theft. That customer was recently released from jail because of COVID-19.

"Whatever he did in that gas station he did not deserve to die," said Emily Rippy, the mother of the victim, Joshua Lewis. "Now I have to bury my son," William Lewis said.

Detroit police are investigating a deadly shooting that happened at a gas station in the 10000 block of Gratiot Avenue Monday evening that involved a customer and a clerk.

The deadly shooting happened just after 10:30 p.m. Monday in the 10000 block of Gratiot Avenue. Now, community activists are calling for change, believing African Americans are often criminalized by the very businesses they support.

"So this young 18-year old shot through the bulletproof glass with an AKA 47. That’s a weapon of war," said Teferi Brent, who's with Dignity for Detroit. "You're telling me you're at war? Because this brother may have - he allegedly - came in and victimized, what? Your machine?"

The clerk was arrested and the Wayne County Prosecutor’s Office says it received the warrant package on Wednesday, which is under review for possible charges.

During a press conference, Detroit’s Police Chief spoke about the murder.

"Clearly, in our investigation, we see there was no imminent threat to that clerk's life. He was behind a protected screen. This person was engaging in a property crime and the best course for this clerk should have been contact the police," James Craig said.

According to the Michigan Department of Corrections, earlier this month Lewis had absconded from parole.

"The COVID, they couldn't keep him. So ya'll kept letting him out. He wasn't running; ya'll kicked him out," Rippy said. 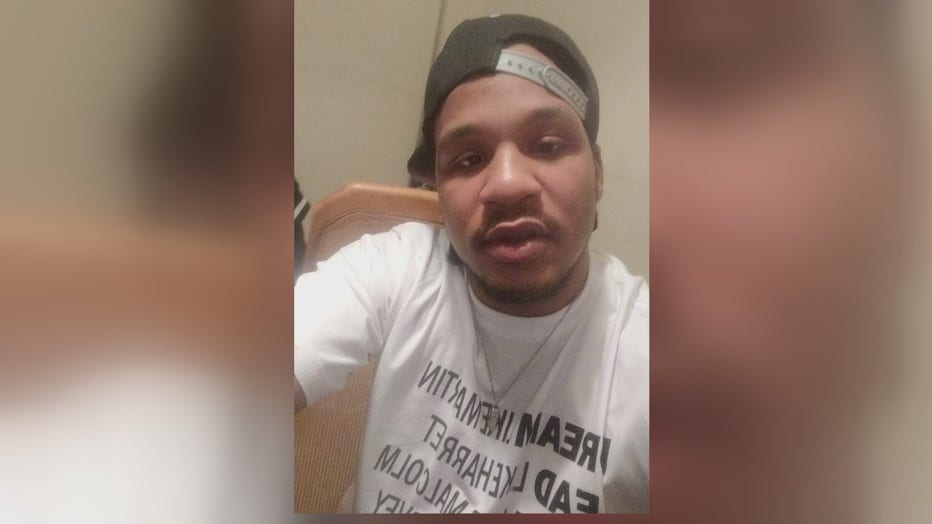 But the family and these activists maintain their focus is not on any past criminal history. Instead, they want to know why a store clerk shot and killed their loved one - and say the clerk is not the only one who should be held accountable.

"If it comes out that this place of business didn't even have a license and this business could've been shut down and prevented a life? That's on the City of Detroit," said Zeek, who's with the activist group New Era Detroit.

FOX 2 reached out to city officials and they say the gas station was not licensed nor did it have a certificate of compliance. The City is actively working with DPD to get them shut down.

"This business can not ever open again under those circumstances," Zeek said.

The family has set up a GoFundMe to help pay for the funeral. DONATE here.