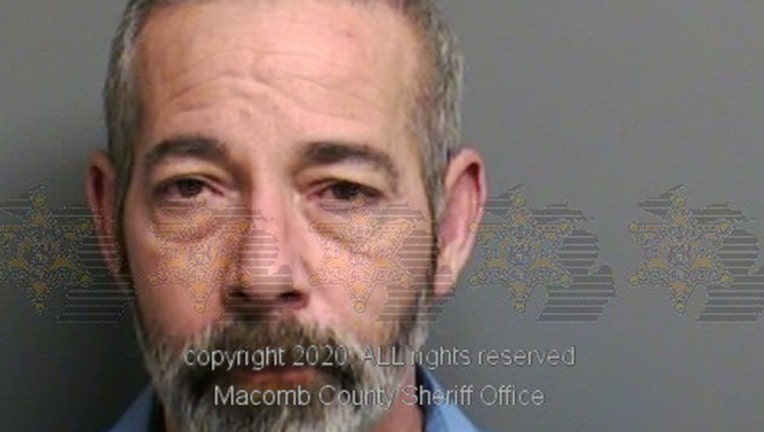 James Gird, 57, was charged with being super drunk while in court for a drunk driving charge

MACOMB COUNTY, Mich. (FOX 2) - The Macomb County Prosecutor said a man charged with drunk driving in December who was due in court last Thursday showed up to the court appearance super drunk.

James Gird, 57, was in court on Thursday, February 6th for a hearing on his Operating While Intoxicated (OWI) charge from December 30.

According to the Macomb County Prosecutor Eric Smith, the magistrate in the case said Gird's behavior was 'concerning' and requested testing be done.

Police and prosecutors say Gird was slurring his words and failed a standard field sobriety test.

A Harrison Township man showed up with four times the legal BAC limit to a court proceeding for a drunk driving charge.

When he was tested, Gird's bac was more than 4 times the legal limit to drive.

Gird admitted to having a "couple" shots and a partly empty vodka bottle was discovered in his vehicle, according to Smith.

"Clearly this defendant has a real issue with alcohol and it must be addressed before an innocent person is seriously harmed," said Prosecutor Eric Smith. "We will hold those who drink and drive accountable, whether it is on our roads or even in a court parking lot."

Gird was arraigned on the charges of OWI with a high BAC on Friday and his bond was set at $25,000.