The video taken last Thursday in Greektown at Fort and Beaubien – has gone viral, since it was sent to Metro Detroit News.

DETROIT (FOX 2) - A homeless person was sleeping in Detroit last week when a man walked up to him and sprayed him in the face with pop.

Someone was recording as the man placed the bottle near the victim's face while he was on the ground at Fort and Beaubien near Greektown on Thursday. The man stomped on the bottle then ran away as the homeless man woke up after being hit with pop.

Police said they are looking for the suspect.

In the meantime, Detroiter Mikiah Keener is looking for the homeless man to help him.

"We are definitely just going cruise the streets and look for him and go by what we saw in the video," she said. "We don’t know what happened for him to get into that position so the least that we can do is treat them with love respect and kindness."

Keener has a large social media following, and a faith-based community behind her is rallying to help.

"Even though they did do it with evil intent it did have a viral impact and I hope we can change it around for the better and get him some help," Keener said. "I have people that have reached barbers that want to give him a haircut. 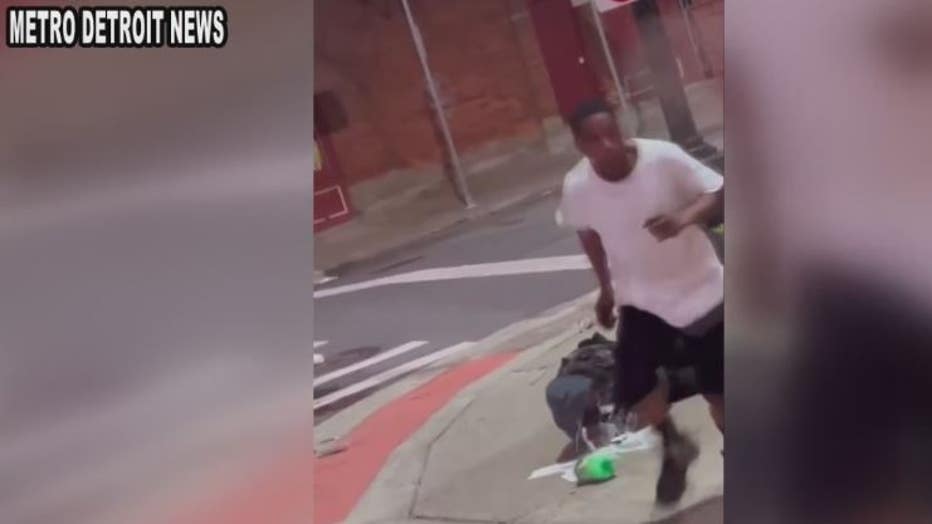