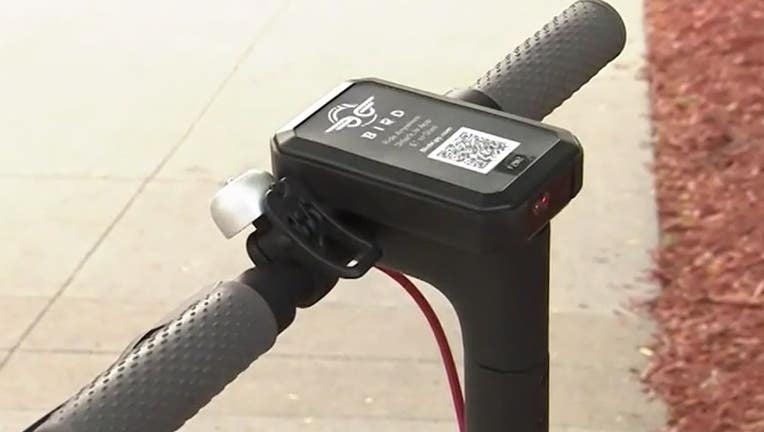 A Bird scooter parked in Detroit.

DETROIT (FOX 2) - A California man is suing the city of Detroit after he alleges he was seriously injured after hitting a pothole while riding a Bird rental scooter.

More: How to report potholes in Michigan

According to the lawsuit filed this week, Justin Almeida, of Berkeley, Calif., was severely injured after hitting a pothole in the road and falling on W. Warren near Second in Midtown around midnight Aug. 29, 2021.

The lawsuit alleges that the pothole was 24 inches by 30 inches wide and 6 inches deep, and claims that the crash was due to Detroit's negligence and breach of duty since it is the city's job to maintain roads.

According to the suit, the crash resulted in a traumatic brain injury and concussion, and Almeida lost consciousness after crashing. The lawsuit claims the injuries are permanent, and Almeida has undergone extensive medical treatment since the crash.

Almeida is seeking $10 million from Detroit to cover lost wages, medical expenses, and pain and suffering experienced as a result of the crash.