WARREN, Mich. (FOX 2) - The U.S. Marshals said a man wanted from North Dakota for allegedly killing his girlfriend and then setting her car on fire was arrested Monday afternoon after a police chase in Macomb County.

Kumari Kennedy, 32, was arrested after the chase through Macomb County, according to the U.S. Marshals. Kennedy was wanted for the murder of his girlfriend in Minot, North Dakota in early June.

According to KXNET, Kennedy killed his girlfriend, 33-year-old Dominique Kelley, who was found in a burned car on June 3 in North Dakota. Police told the TV station that Kennedy's home was also found to be burned after his girlfriend was killed.

Police said at the time they believed he was in either Minnesota or Michigan.

On Monday, Marshals were able to find him thanks to help from the Macomb County Sheriff and the Warren Police Department.

Authorities tried to pull him over but he refused and lea brief chase which ended when police performed a PIT maneuver. He was taken into custody without further incident.

According to the Minot Daily News, Kennedy had been living in North Dakota since November of 2020, which was a violation of his probation.

Kennedy was most recently sentenced in Michigan in 2019 for larceny from a car in Oakland County. According to the Minot Daily News, Kennedy was part of a crime ring involved in smash and grab robberies across the country, including one in Atlanta in 2013 where they stole 19 Rolex watches valued at $637,600. They were all eventually tied to Detroit and were eventually arrested.

They were all arrested and Kennedy was sentenced to 5 ½ years in prison with three years of probation, which he was permitted to return to Michigan.

Kennedy is expected to be arraigned in Macomb County on Tuesday. 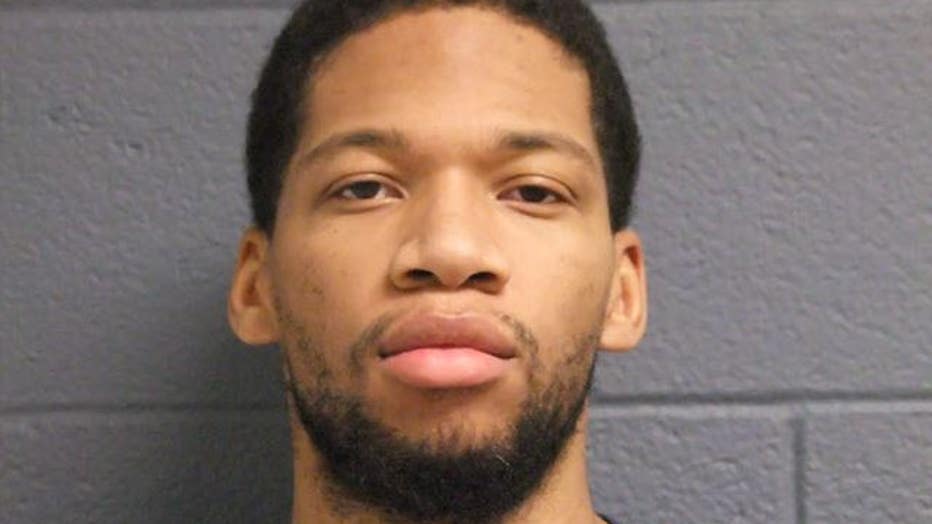 Kamauri Kennedy, 32, was wanted for murder in North Dakota when he was arrested in Macomb County, Michigan on Monday.