The case against Jadon Hayden was dismissed in late April after the 22-year-old was deemed incompetent to stand trial.

FOX 2 - The man who recorded himself brutally beating 75-year-old Norman Bledsoe will not go to trial or face prison time – for now.

Jadon Hayden was deemed incompetent to go to trial. His father says he was diagnosed with autism as a child, and schizophrenia years later.

"Thinking that my son could go to prison for many years, that just put more pressure on me," his father Marty Hayden said. "But once the case was dismissed it really lifted a lot of burden off my shoulders."

The case against Jadon Hayden was dismissed in late April after the 22-year-old was deemed incompetent to stand trial.

Bledsoe died at another nursing home two months after the attack. His death was not ruled a homicide, but his family told The Detroit News he was not the same after the assault.

"This elderly man, I want to send out my condolences to his family because he should still be here," Marty Hayden said. "That should’ve never happened.".

Hayden says his son suffers from schizophrenia and was living in a group home prior to the beating in May of 2020. He added that Jadon was moved from the group home to a local hospital to receive mental health treatment.

"Once they found out he got Covid they were more interested in trying to quarantine him somewhere," Hayden said.

He was sent to the Westwood Nursing Center where Jaydon Hayden shared a room with Bledsoe.

"They put him in a situation where they pretty much set him up for failure," his father said. "They didn’t care. In my eyes, he never should’ve been there."

Jadon Hayden is now being treated at the Kalamazoo Psychiatric Hospital.

"The defendant is under the jurisdiction of the probate court. He will receive treatment and his progress is monitored. Should the defendant regain competence WCPO can recharge the case."

"The mental state my son is in now, he has not gotten much better and I don't foresee him getting better to the degree to stand trial," his father said.

Norman Bledsoe’s family is declining to comment as they are suing the Westwood Nursing Center where the attack happened.

As for Marty Hayden, he says he wants to take legal action against those responsible for placing his son in that nursing home. 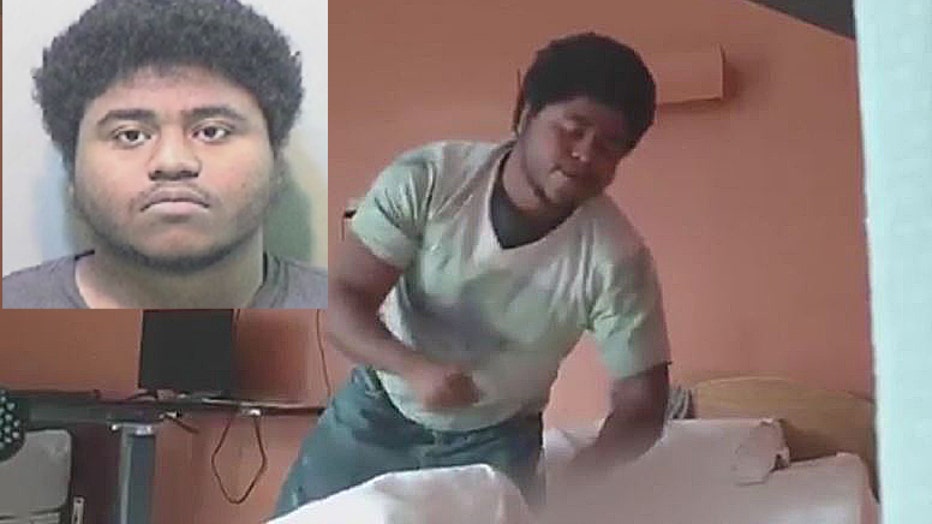