Kenneth McKay says when he arrived, traffic was slowed and starting to back up, so he safety pulled over to check on the driver.

FOX 2 - Kenneth McKay says a little compassion can go long way - and he's hoping by sharing his video and his story, others will be inspired to act if they find themselves in a similar spot.

Dramatic video captured one of two semi-truck crashes Saturday morning on I-75 near Dix. The dashcam video of the Lincoln Park crash courtesy of Michael and Livian Swayze.

Michigan State Police said a blue semi-truck lost control after running into debris, following a white semi crashing into the median just a few moments prior.

McKay’s dash cam was recording as he came upon the scene.

"I could see that there was nobody there," he said.

McKay says when he arrived, traffic was slowed and starting to back up, so he safety pulled over to check on the driver.

"He was covered in glass, he had blood running down his arm, and little glass shards of glass," McKay said. "And he went to rub his face with his shirt and I said, 'No, don’t do that, you’ll get glass in your eyes.' He was in shock."

He says he waited with that driver for about five minutes, until police arrived.

"I just kept telling him everything is going to be okay, people are coming," McKay said.

When he shared the encounter with his wife, they were both struck by something that happened or rather, didn't happen.

"I know not everyone is going to stop. but you would think somebody would stop," he said. 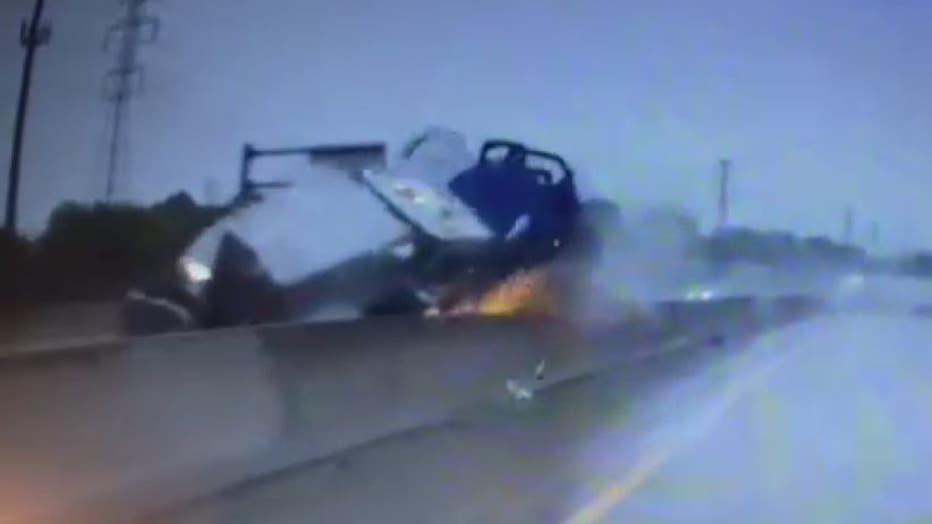 "Don’t assume that someone else is going to stop," Cristina McKay said. "We saw approximately 100 cars that drove by and not a single person stopped."

By sheer coincidence, McKay has experience with crash scenes. A few years ago he witnessed one in Plymouth.

He drives for a living and invested in a dashcam, capturing a rear-end collision.

"I communicate with those people, even to this day usually on the anniversary of the accident, which is the 4th of July."

In both cases he says he was able to provide comfort to the victims and hopes if the roles were reversed, someone would do the same for him.

"I wish that more people take a minute out of their day and help someone else out if they can," he said.

According to Michigan State Police, there were only reports of minor injuries, amazingly everyone was able to walk away..

State police say the driver of the blue semi-truck was going too fast for the wet conditions. 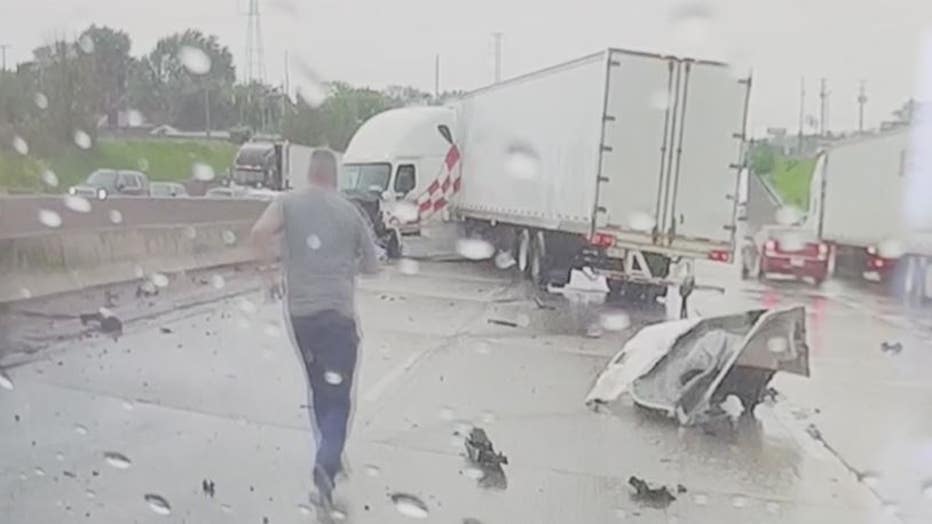