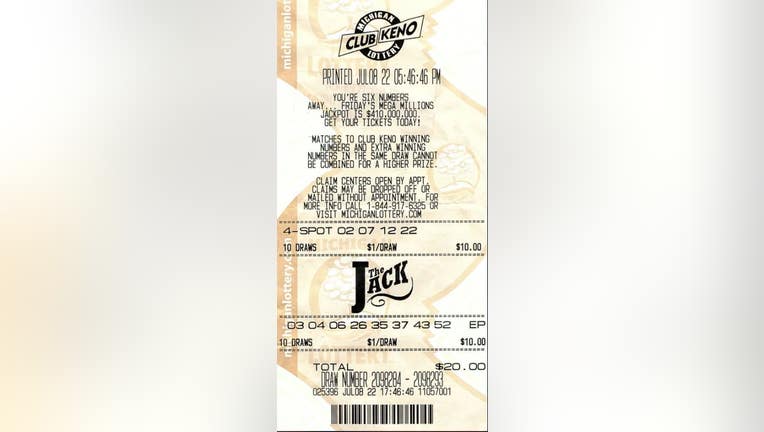 The man, who chose to remain anonymous, said he bought the ticket at Z’s Pub at 22512 Greater Mack Ave.

"I play Club Keno often and like to add The Jack to my ticket when it gets high," he said. "I purchased a ticket when I got to Z’s Pub and noticed a few minutes later The Jack had reset to $10,000. I thought: ‘Darn it, not again,’ because the last few times I’ve played The Jack, someone had won it shortly after. I started looking my ticket over and couldn’t believe it when I saw I was the big winner."

He plans to use the money to pay off his home and save the rest.

"Winning is life changing. It will allow me to live comfortably and not have to stress about finances," he said.