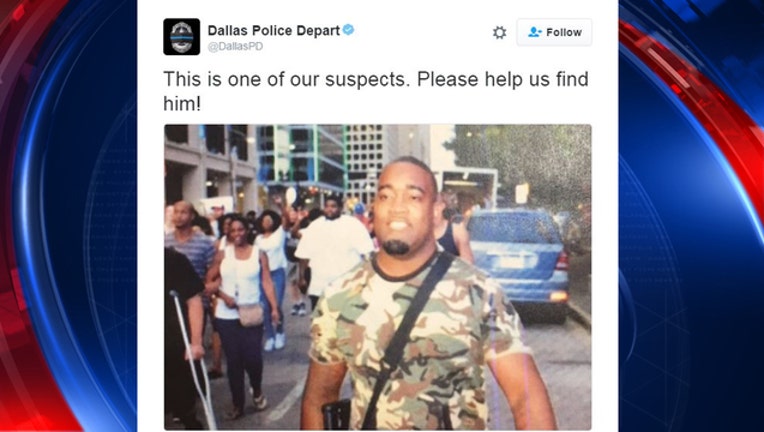 (WJBK) - A man wrongly identified by Dallas police as a suspect in a sniper attack on police says he turned himself in and was quickly released.

The Dallas Police Department put out a photo on its Twitter account late Thursday of a man wearing a camouflage shirt and holding a rifle with the message: "This is one of our suspects. Please help us find him!" The tweet remained on the account early Friday morning.

The man in the photo, Mark Hughes, tells Dallas TV station KTVT that he "flagged down a police officer" immediately after finding out he was a suspect. He says police lied during a 30-minute interrogation, telling him they had video of him shooting.

Videos posted online show Hughes walking around peacefully during the shooting and later turning over his gun to a police officer.

Dallas Mayor Mike Rawlings said 12 police officers in total were shot. Five have died. He says two civilians were also shot at the end of a Black Lives Matter protest in downtown Dallas.

Officers negotiated with a gunman who barricaded himself on the second floor of the El Centro College garage and there was an exchange of gunfire early Friday morning. Dallas Mayor Mike Rawlings said he was killed.

You can continue reading about the latest developments in Dallas here