DETROIT - A massive hole has opened up in front of a party store in west Detroit, revealing cracked pavement that collapsed several feet. 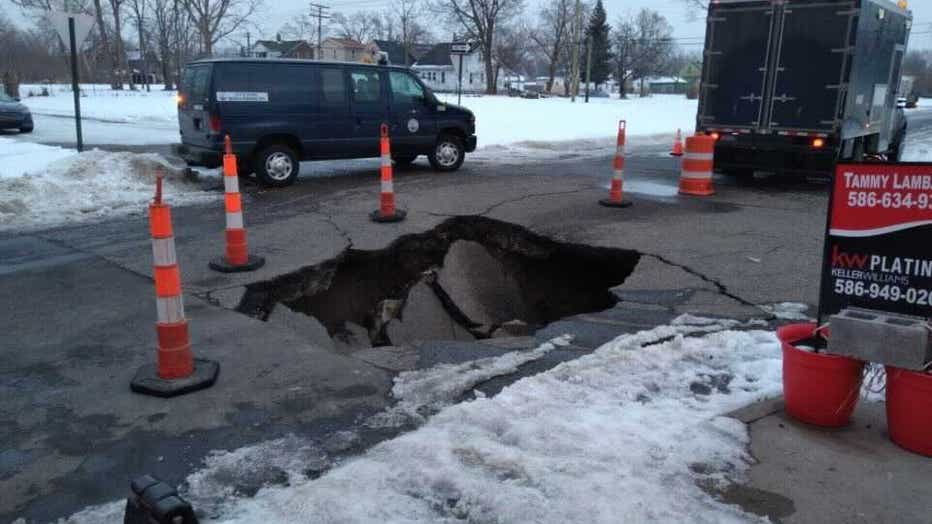 The Detroit Water and Sewerage Department said it has secured the sinkhole, located near Goddard and Dearing, which is just south of the Davison Freeway.

The DWSD attributed the huge hole to a leak that sprung in the six-inch water main that is more than a hundred years old. As water from the leak grew, it broke away the soil base underneath the street.

The department said the break did not cause any service outage nearby, which is why the department wasn't notified of the sinkhole until it had revealed itself Monday.

It was first notified by the public who snapped photos of the hole.

If you see a flooded street or cave-in, please do not drive in the area for your safety. Use the Improve Detroit app or call DWSD at 313-267-8000 to report the issue.