Before leaving Detroit, former Lions player Matthew Stafford and his wife Kelly donated $1 million to help build a center for children to learn and better themselves.

DETROIT (FOX 2) - Matthew Stafford may no longer play for the Detroit Lions, but the impact he had on the city will last for years to come.

The SAY Detroit Play Center (SDPC) is getting a new education space thanks to a $1 million from Matthew and Kelly Stafford before they left the city.

"When Matthew and Kelly left here, he wanted to leave because of football. He didn't want to leave the community," said Mitch Albom, who founded SDPC in 2006.

The center has a focus on academics and helps students ages 8-18 succeed.

It's not the first time the Staffords have helped SDPC. In 2015, they donated $1 million to the center after the city closed it due to budget cuts.

After the monetary help, the couple would visit the center, help out, and play with students who were there. 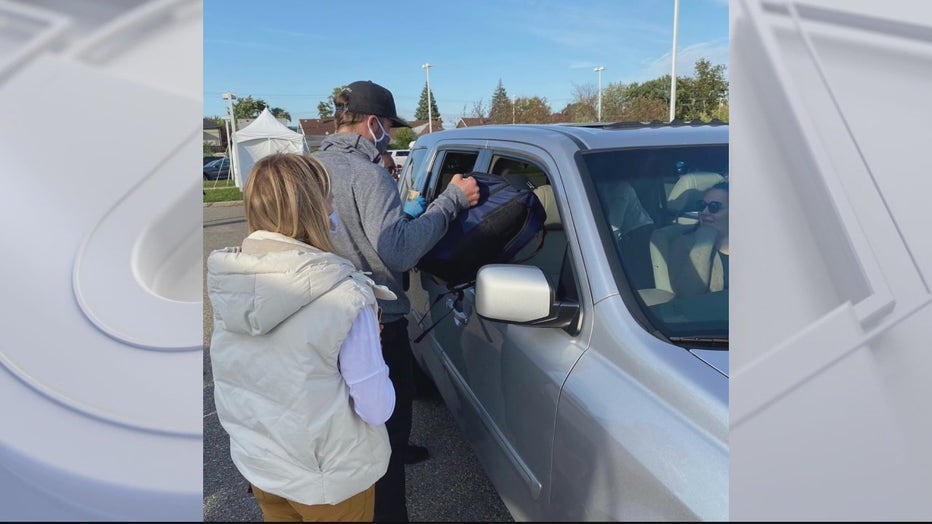 "I think one of the most pleasant surprises that we had as we got to know Matthew Stafford over the years, were the times that he or Kelly would just show up at the SAY Play Center on a Tuesday on their off day, and the next thing you know, he'd be throwing a football or shooting baskets, and she'd be leading cheer team things," Albom said. "There weren't any cameras around, and they weren't doing it for that reason."

The new center, which will be named the Kelly and Matthew Stafford and Friends Education Center, will allow SDPC to serve more than 400 students. Construction on the new annex is expected to begin soon.

Albom said the Staffords wanted the center to have "friends" in the name because they want to recognize others who help contribute to the annex. Names of donors, or friends, will be inside the building.

"They just didn't want to just stick their name on something and say, ‘Look how great we are.' It was more like an invitation like, ‘Hey, we’ll start building this – you come along and build it with us," Albom said.