DEA: Meth mixed with fentanyl is pouring into Michigan from Mexico

Meth was once thought of as a drug used in rural communities, found often in northern Michigan. But the DEA is seeing a shift. They are now seeing it everywhere - even on city streets.

DETROIT (FOX 2) - Even the DEA special agent in charge can’t believe, how much meth they’re finding in the Detroit Field Division.

"Last year for example 40 to 50 pounds of meth was a big seizure," said Keith Martin, Special Agent in Charge. "This year we have had multiple hundred-pound seizures of meth in Michigan and Ohio.

"The 100-pound seizures that we are getting of meth, that shocks me."

Martin points to recent busts like one in Detroit of methamphetamine and fentanyl packaged up in kilos and fresh up from Mexico - ready for sale.

Fentanyl, specifically pressed into pills to mimic other opioids, but one pill can kill.

"The cartels only care about one thing - money," Martin said. "They don’t care about anyone’s life in Michigan."

Meth was once thought of as a drug used in rural communities, found often in northern Michigan. But the DEA is seeing a shift. They are now seeing it everywhere - even on city streets.

"We saw in years past the meth labs in rural Michigan, and we don’t see those anymore," Martin said. "We see meth coming in from Mexico now."

"I wish I could give you one area of the state that is getting hit more than another, but it’s literally everywhere," he said.

The uptick Martin says is partly because it’s cheaper to produce and more affordable to buy.

We asked if immigration policies had anything to do with the influx.

As the DEA fights on the frontlines Martin says, in your homes turn over any unused medication to local police stations that offer take-back programs. 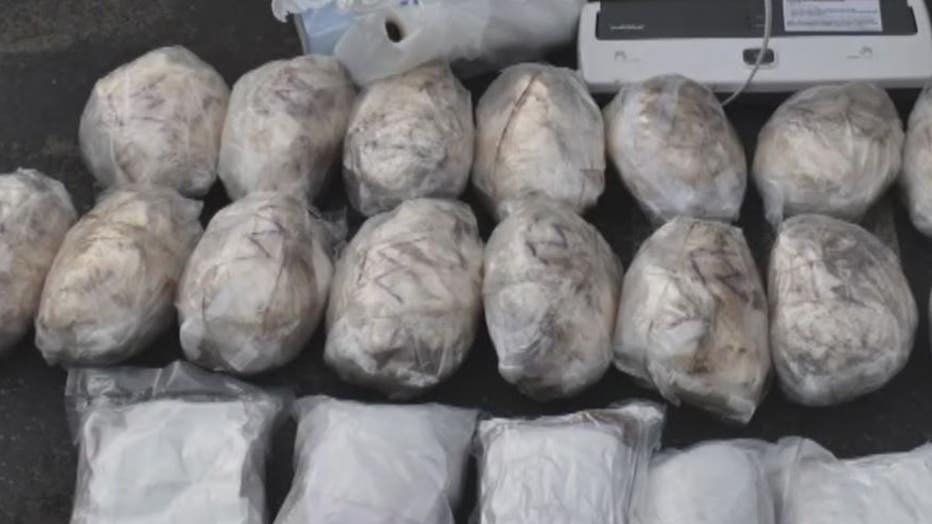 "Most people that are addicted to opioids, they don’t wake up in the morning and stick a needle in their arm," he said. "They start by the medicine cabinet."