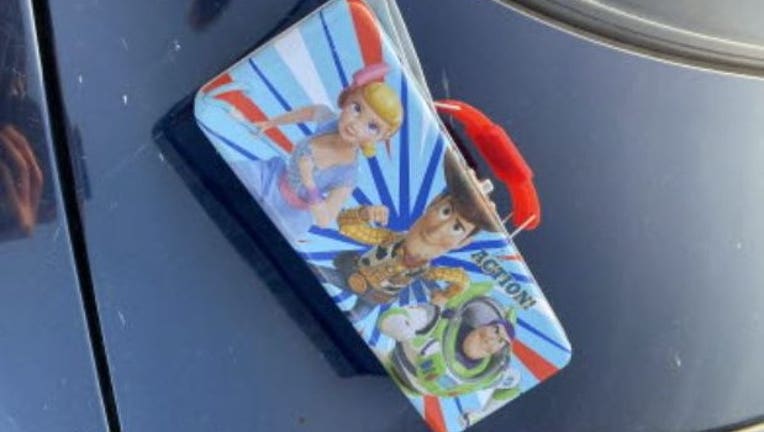 WEXFORD COUNTY, Mich. (FOX 2) - Michigan State Police said meth and drug paraphernalia was found in a vehicle with a child in the backseat during a traffic stop Wednesday.

A trooper pulled over the vehicle on Wright Street near Leeson Street in Cadillac just after 8 p.m. because it didn't have a plate.

Police said the driver and passenger did not have IDs. They provided the trooper with a handwritten note that said the vehicle was purchased April 28.

A woman, 42-year-old Susan Marie Winchester from Boon, and a child, were also in the vehicle.

During a search of the vehicle, the trooper found a metal Toy Story tin under the driver's seat that was accessible to Winchester. Inside the tin was a butane torch, styluses, glass pipes, and a keychain with a metal container with methamphetamine inside, police said. 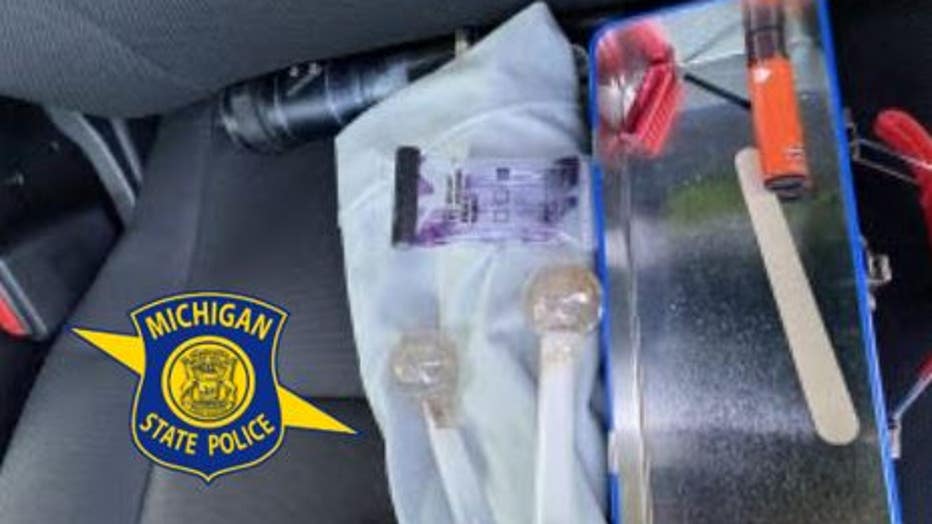 Winchester was arrested and charged with possession of methamphetamine. She was given a $5,000 cash surety bond.

The other occupants were allowed to leave, but they couldn't drive the vehicle since it wasn't registered.