WESTLAND, Mich. - A Michigan man seen beating a police officer with a hockey stick during the riots at the U.S. Capitol has been charged with several crimes.

Michael Joseph Foy was identified by the FBI through news tips and footage collected by several media outlets, where footage shows him swinging a hockey stick at a police officer on the ground.

The FBI has arrested a Wixom man wanted for swinging a hockey stick at a police officer during the Capitol riot in Washington on January 6.​​​​​​

He's been charged with several felonies, including obstruction of law enforcement, forcibly assault, resist, oppose, impede, intimidate, or interfere with any officer of the United States, aiding and abetting, and the obstruction of an official proceeding of Congress.

Foy, 29, is currently a resident of Wixom. 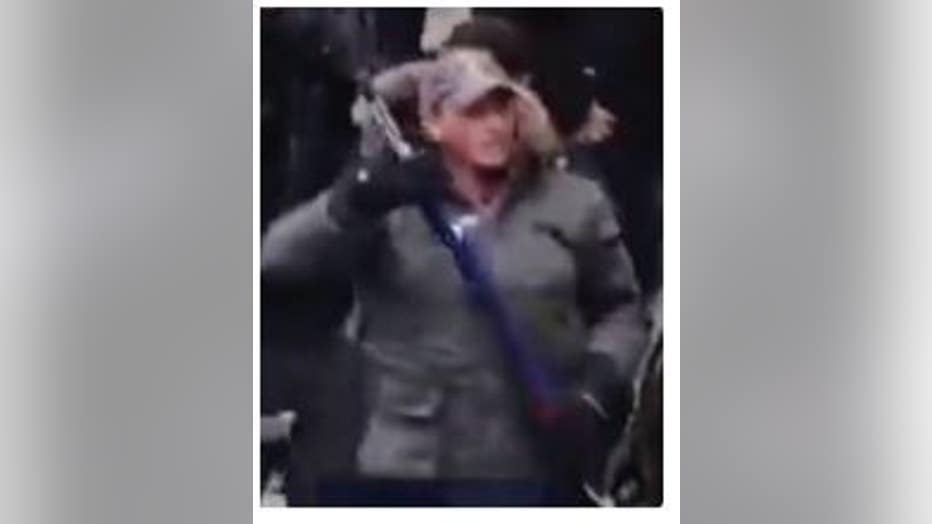 In a statement of facts released by the FBI, the bureau said it was initially tipped off to Foy's involvement in the riot when it received a tweet that said "This man is the man that killed the police officer. He hit him with a hockey-stick over and over in the head."

While no evidence corroborated that an officer died of the actions, the FBI did identify Foy in several other photographs on various websites that showed parts of the riot unfolding at the capitol.

"These photographs indicated that the same individual, carrying a hockey stick, had been present both outside and inside the Capitol," read the statement.

Foy is seen wearing a grey coat, grey hat with yellow lettering, and wielding a hockey stick with a manilla color and black stripes on the blade.

In addition to the media collected by news outlets, Foy's Facebook also features multiple photos of him at the Capitol on Jan. 6. In them, he has an American flag draped over his shoulders. He's also seen wearing a Trump flag. 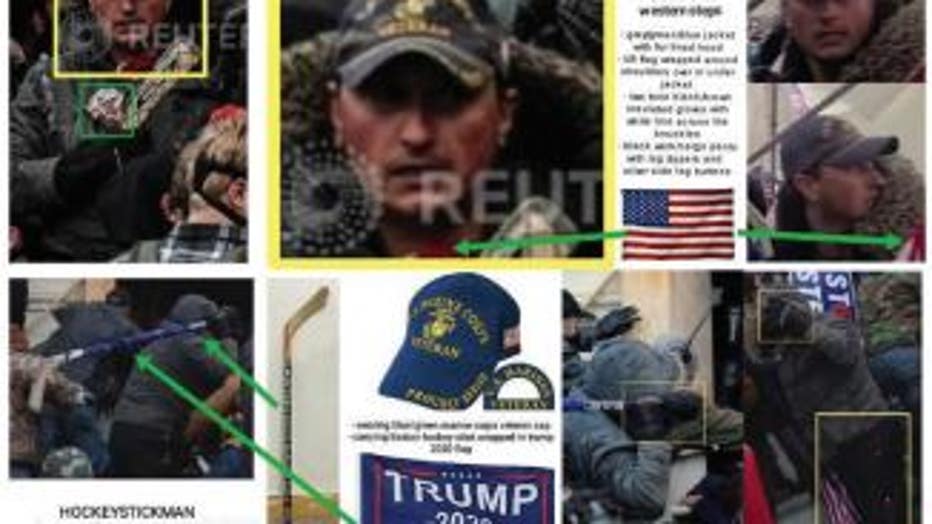 In a YouTube video identified by the FBI, it shows Foy "striking a group of Metropolitan Police Officer (MPD) assisting in the protection of the U.S. Capitol who had been knocked down and dragged into the crowd of rioters."

Foy hits the officer for approximately 16 seconds before he's knocked down by another rioter.

Foy is the second man from Michigan to be charged for crimes committed during the Jan. 6 attack. The other is a northern Michigan man, named Karl Dresch.

Foy made his first court appearance Jan. 21 in the U.S. District Court in Detroit.