INKSTER, Mich. - Wayne County is getting its third recreational cannabis dispensary - and the first outside of River Rouge.

On Friday, the Flower Bowl - currently a retailer for medicinal weed in Inkster - will start selling serving any customers over 21.

"It's been over a hundred years of waiting for this day. For a guy who has been smoking for 10 years who always had to hide, it's an honor to be part of a legal market where we don't always have to hide," said Moe Abbas, the store's manager.

Currently the only retailer of any cannabis in Inkster, the Flower Bowl opened in 2017. Located at 28661 Michigan Ave, the business has slowly grown over the past three years. After a rebranding that featured billboards showing off the new logo dotted major roadways, Friday represents one of the final steps for the business in its transition to cater to a larger audience.

And they're unveiling in a big way. 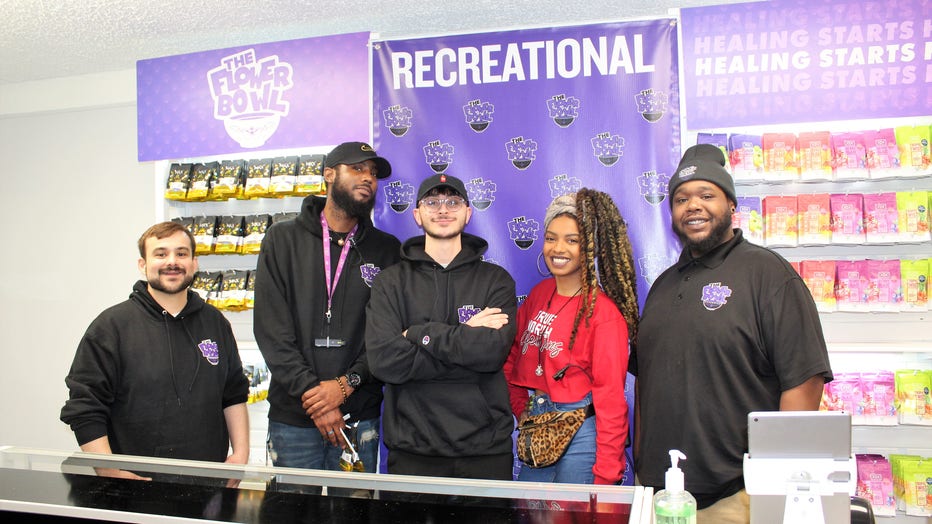 Manager Moe Abbas with his staff at the Flower Bowl

"There's going to be a huge 40 by 40 tent, all sorts of vendors outside, live music, a raffle giveaway to people in line being directed to both the medical and recreational counter," said Mike Berro, who heads the marketing team.

In an adjacent lot, the Flower Bowl staff are setting up a mini-block party shedding orders from food trucks and handing out swag for all customers. Employees are anticipating more than 1,000 people will make an appearance.

Large congregations at Michigan dispensaries selling recreational weed for the first time is not a new sight. Since the state legalized cannabis via ballot measure during the 2018 midterms then flipping the metaphorical switch legalizing the sale of the product, the number of outlets selling recreational pot has been slow.

While some city managers have taken a wait-and-see approach to introducing their community to recreational pot retailers, others like Detroit have placed a temporary moratorium on issuing licenses until it can ensure half of those are owned by Detroit residents

"This will allow us the opportunity to hash out all the details of our social equity program that is within the framework of the draft ordinance that we have right now," Tate told FOX 2 in January after the council's first vote to delay.

Ann Arbor was the earliest to adopt the city's new status as a legal state - with three openings on day one. 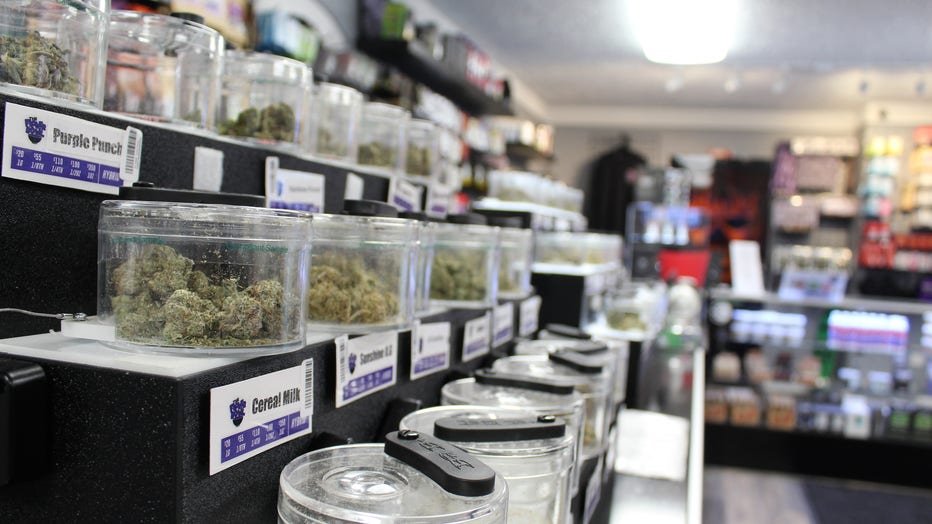 Only in early March did Oakland County get its first retailer, when Breeze Provisioning Center had its grand unveiling in Hazel Park.

RELATED: Oakland County is getting its first recreational pot shop this weekend

Abbas said the city of Inkster has been really good to work with and believes the Flower Bowl has become a community staple, and its customers are family.

The event is open to the public and starts at 9 am, however, Abbas anticipates lines starting before then.