(FOX 2) - A Michigan senator has filed a sexual harassment complaint against fellow senator Pete Lucido, the Associated Press is reporting.

Sen. Mallory McMorrow filed a complaint Tuesday over an incident that she alleges happened just days after she was elected in November 2018.

A Senator filed a sexual harassment complaint against fellow senator Pete Lucido. From here, the senate officers are looking into these allegations and will report to the Senate Republican leader and the Senate Democratic leader the results.

McMorrow told Crain's Detroit that she met Lucido at a senator orientation, and that Lucido made a remark suggesting she had defeated the incumbent based on her looks while he held his hand on her lower back.

"He asked where I was from," McMorrow said. "I said, 'Royal Oak.' He asked who I ran against. And I said, 'I beat Marty Knollenberg.' At which point he looked me up and down, raised his eyebrows and said, 'I can see why,'" the report states.

Throughout the exchange, McMorrow said Lucido's hand was resting on her lower back.

"I remember it being a very close-talk conversation because I couldn't back up," she told Crain's Detroit.

You can read the report online here.

This allegation comes just days after a Michigan female reporter alleged Sen. Lucido made a sexually inappropriate comment to her. Michigan Advance reporter Allison Donahue claimed he said a group of high school boys could "have a lot of fun" with her.

Sen. Lucido has said that comment was misinterpreted and that the reporter "misquoted" him. 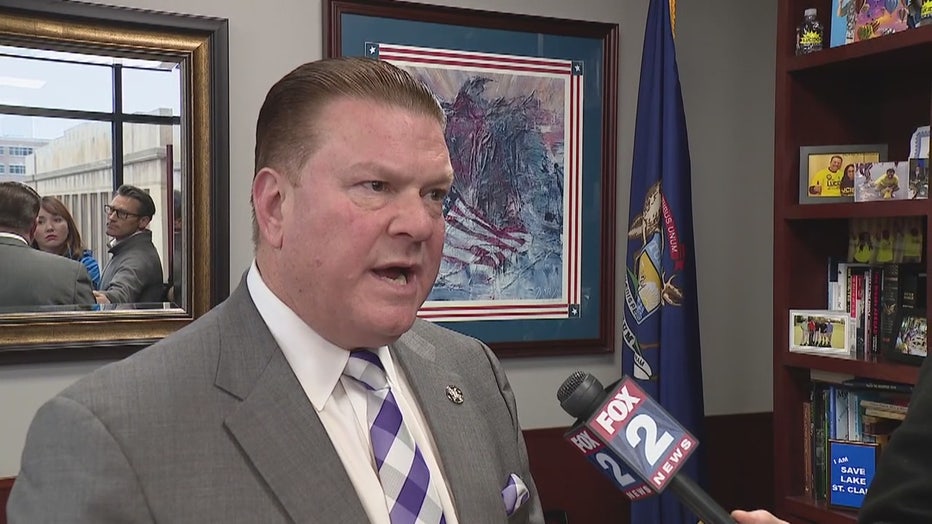 McMorrow said he decided to make her allegation public after reading Donahue's report.

"It felt like - a piece of meat. It implied you won because of what you look like. I laughed it off at the time... He feels this was politically motivated on my part. I mean, there is no calculous where this is a benefit to me," she said.

McMorrow said she is concerned about retribution.

"I spent a lot of time over the weekend talking to people about this very well may be the end of my career and it's new, I'm a year in. But honestly, if that's the case, I'll go back to what I was doing before," she said.

From here, the senate officers are looking into these allegations and will report to the Senate Republican leader and the Senate Democratic leader the results.