Ron and Debi Adkins from Duran, Mich. started getting cold-like symptoms in late October. A test then revealed the 74-year-old and 65-year-old has COVID-19.

Shiawasee Co. couple dies of COVID within days of each other

A couple from Duran, Mich., who dedicated their lives volunteering and were married for nearly 30 years, died of COVID-19 just days apart.

"They felt they get over it they thought they would get past it," said their daughter Andrea Menko. "They were struggling with their breathing, is what really affected them."

The couple then spent the next month in the hospital.

Debi had just beat lymphoma but then lost her battle to the coronavirus on November 26. Her husband of 28 years died three days later.

"It is unbelievable but at the same time, it's kind of a blessing they went together. He wouldn't have wanted to be without her."

Andrea says her dad and Debi were inseparable. When they weren't spending winters socializing in Florida, they taught thousands of people in their concealed-weapon-carry classes and volunteered for search and rescue operations.

Which made saying goodbye to the couple even tougher. The couple touched the lives of so many people. 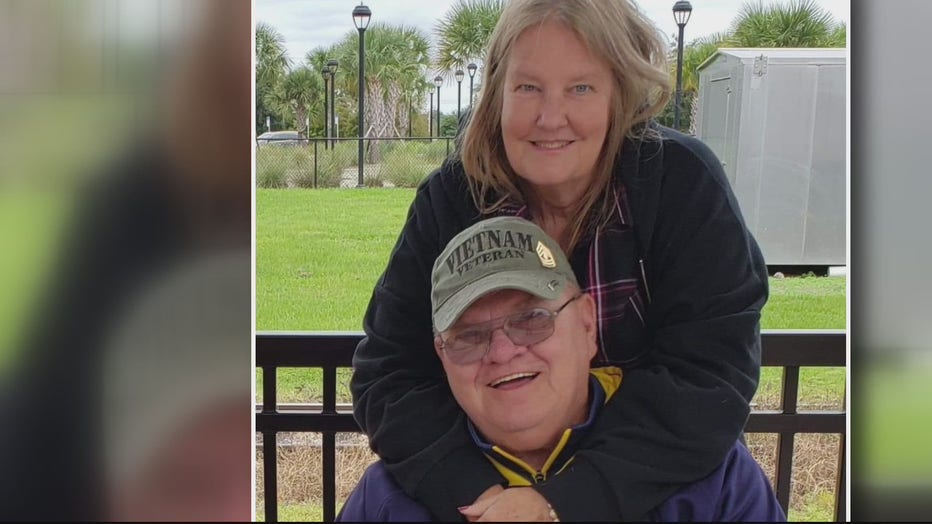 Those who couldn't attend the immediate family-only funeral sat in their cars to pay their respects. Ron, who served in the U.S. army, and Debi were laid to rest Wednesday at the Great Lakes National Cemetary.

"Them going so close together is how they would have wanted it," their daughter said.