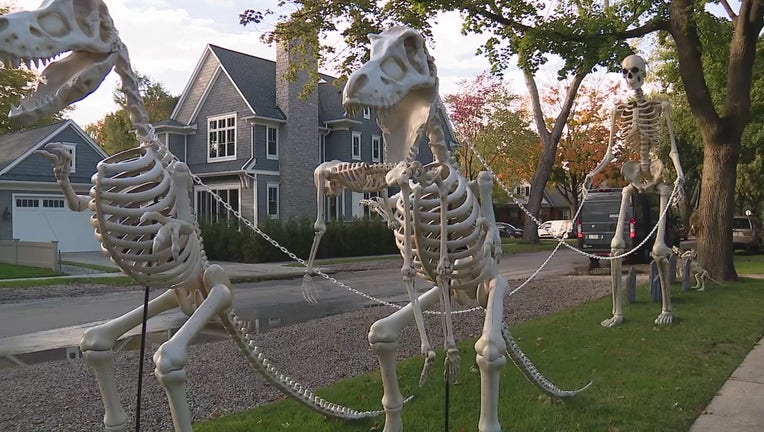 BIRMINGHAM, Mich. (FOX 2) - This Halloween season, giant skeletons appear to be invading front lawns across America. And one family in metro Detroit is getting a lot of attention for their rather large, spooky display.

The Kindt family of Birmingham has taken decorating up a notch for the whole neighborhood to enjoy. They've set up a huge skeleton in their yard with two enormous dinosaurs.

Kevin and his sons, 12-year-old Bode and 11-year-old Hudson have decorated for Halloween for several years but decided to go even bigger this year. "We unearthed a 12-foot skeleton so he's out walking his dinosaurs this year," Kevin said.

He said his sons have always loved the holiday and love getting dressed up, so that's where he got the inspiration to decorate.

A father and his sons love decorating for Halloween, and this season they've set up a larger-than-life display in Birmingham, Mich.

Their big display is helping the whole neighborhood keep the spirit of Halloween alive this year. In fact, some of the neighbors plan to get in on the fun too with their own larger-than-life decorations.

"So many people stop by and say that I love your Halloween decorations and it's really nice to be the only one on the street with a lot of decorations," Bode said.

"Well, right now," his dad added. "We've got our neighbors coming next week. He's probably going to beat us."

Their display is on Chesterfield Road and we're told many people are already coming by to get selfies.

"I've seen people stop, get out of their car and just flat out take a picture," Hudson said. "I didn't even think it would happen if even one person would take a picture. I was just stunned." 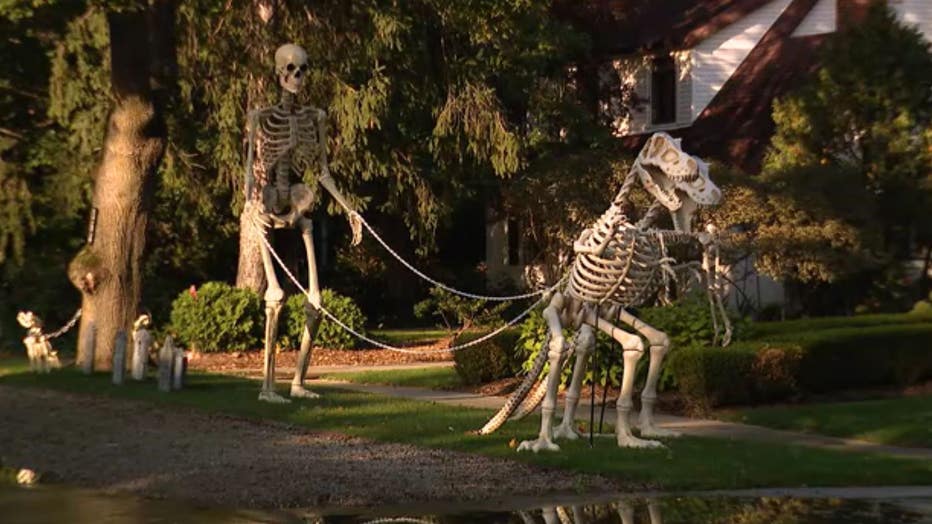 When FOX 2 was at the house we also saw people walking by to check out the display, a mother-daughter duo from Birmingham and Ann Arbor.

"They're huge," Madeline Thompson said of the skeletons. "(My mother) told me I'd want to see it but I didn't realize how tall they were."

"My husband and I walk through the area all the time because that's pretty much our activity and we really enjoy it. They've had these up last year but not this elaborately. This is really pretty awesome this year," her mother Sally Thompson said.

And as for the set-up, father and son have different takes on the experience.

"So I really like (setting this up) because it's fun. And we can just have people walk by and say, 'Oh, I know that house. They're the one that has all the skeletons. And then we have the other side," Bode said, pointing to his dad.

"It's a bonding experience. I'm sweating, maybe swearing. The boys and I are putting it together. Maybe they help, maybe they don't help. Either way, it's always memorable," Kevin said with a smile. 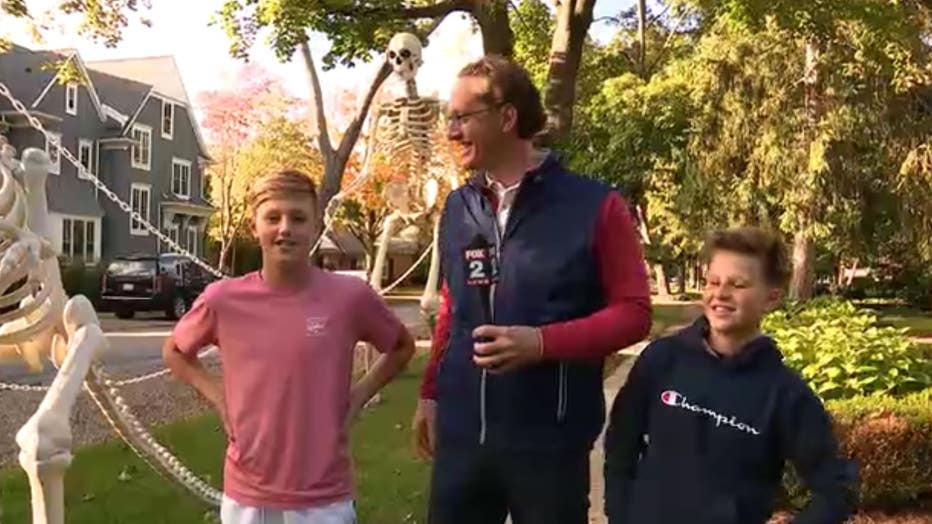 And Bode even made a promise for next year, saying that it feels like "tradition" to over-do it.

"Next year we're going to do a little bit more," Bode promised, bringing a laugh from his dad.