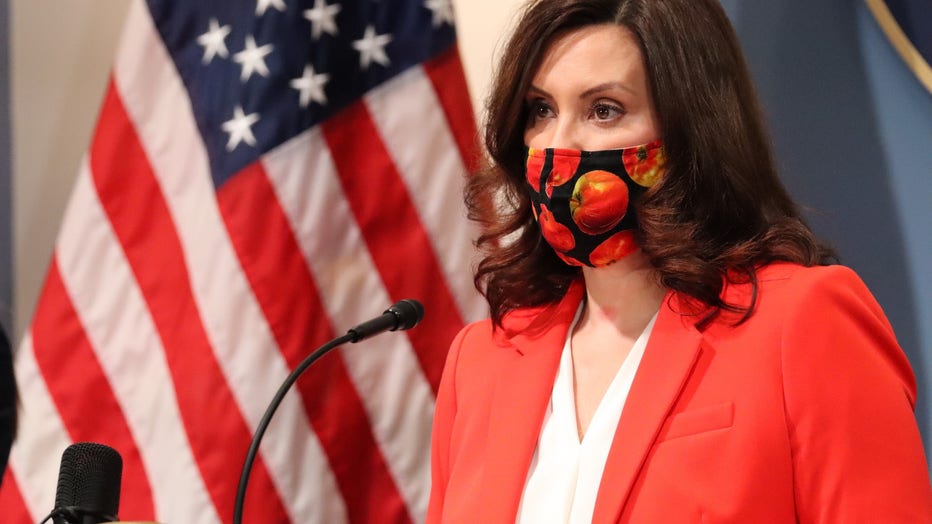 Whitmer later announced that the state's direct allotment of doses -- which is separate from vaccines going to pharmacies from the federal government -- will total about 620,000 next week, a record. That is 12%, or roughly 66,000, more than this week and includes a substantial boost in the one-shot Johnson & Johnson vaccine.

It was not immediately clear if Michigan's increase is tied to its high case rate or just correlates with an expected boost in supply across all states in April.

In a call with governors, White House COVID-19 coordinator Jeff Zients told Whitmer that U.S. officials were thinking through how to address hot spots. Everything was on the table, he said, pledging to "support you as you face a difficult situation in Michigan," according to a readout of a conference call provided by the office of Washington Gov. Jay Inslee.

Whitmer was among seven governors who participated in the meeting hosted by the White House and the National Governors Association.

"These additional doses of the safe, effective vaccines will help us slow the spread of the virus, return to normalcy and continue building our economy back better," the Democratic governor said in a statement. "As we work closely with our state's leading health experts to monitor COVID-19 trends, I'm asking Michiganders to double down on smart precautions."

Michigan had the country's second-highest per-capita case rate over the past week, trailing only New York. The seven-day daily average was 5,157 on Sunday, more than double from 2,223 two weeks earlier.

Starting next Monday, all people ages 16 and older in Michigan will be eligible for the vaccine. Whitmer is encouraging providers to prioritize the most vulnerable, including seniors and those with disabilities, but says they should vaccinate residents ages 16 through 49 now if there are unfilled appointments.