LANSING, Mich. (FOX 2) - Michigan Governor Gretchen Whitmer gave an update on the state's response to COVID-19 on Monday, the same day that manufacturing, including auto suppliers, are starting to return to work.

The governor has spoken regularly on Monday afternoons and will discuss the state's response on the same day that manufacturing work starts to resume.

State officials working to ramp up COVID-19 testing in Michigan

During her Monday press conference, Gov. Whitmer stressed that Michigan is leading the nation in testing but we need to test even more. Currently, Michigan is testing about 14,000 people every day but the Governor wants to raise that to 30,000 with a goal of having 450,000 people tested for the entire month of May.

She also seemed to indicate that the Stay Home order will be in place for much longer than the current date of May 28th.

"Until we have a vaccine or we can do more to keep people safe, we're safer at home," Gov. Whitmer said.

She said widespread testing, contact tracing, and safety protocols are essential to allowing us to resume more 'normal' operations.

Gov. Whitmer said last Thursday the state is continuing to flatten the curve and, because of several positive signs from Michigan numbers, manufacturing jobs can start to resume work on Monday, May 11th. Additionally, she said the Stay Home, Stay Safe order was extended until May 28th, the fourth time she extended the stay-at-home order. The new order will extend until May 28 but will allow employees in manufacturing to return to the job.

During her press conference, Whitmer unveiled a six-phase approach to return to 'normal' that residents of the state will need to follow as we continue to fight the virus.

The phases of the pandemic include:

Currently, Michigan is in the flattening phase and if we continue to maintain social distancing, we will move into the improving phase soon. 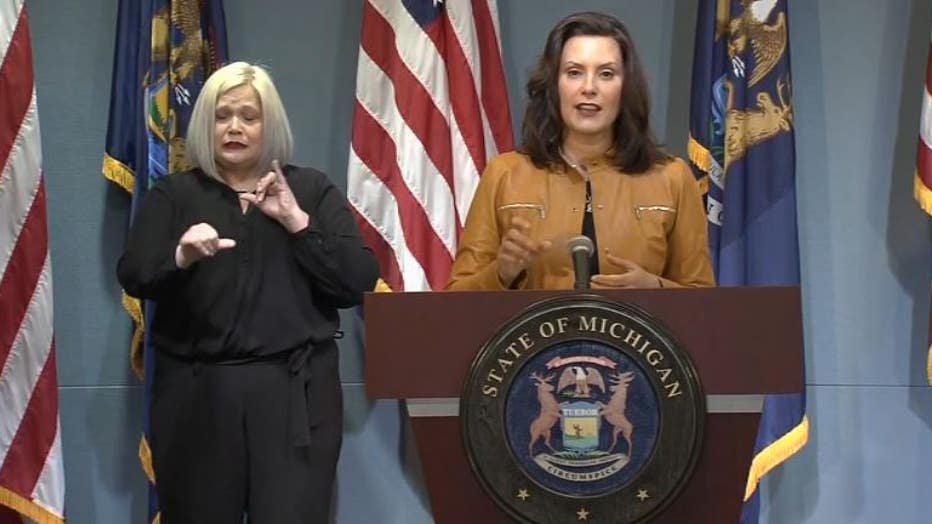