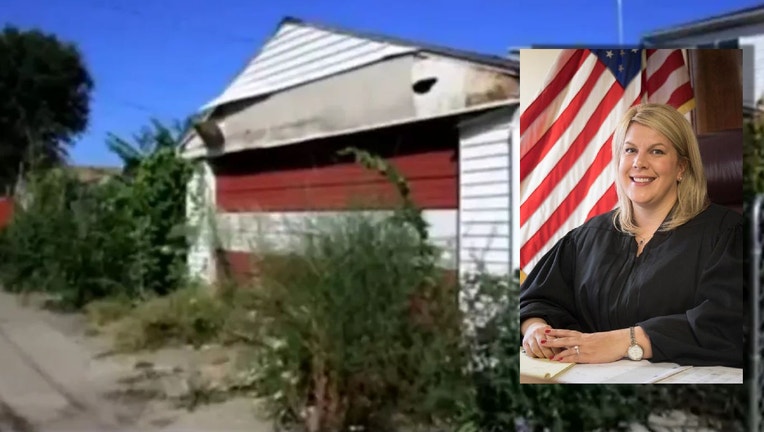 The commission investigated Judge Alexis Krot over her treatment of a sick man in his 70s earlier this year. She had self-reported her conduct to the commission.

Burhan Chowdhury was in court in January after his yard was cited for a code violation.

"Shameful!" Krot said. "If I could give you jail time on this, I would."

Chowdhury appeared to struggle with English during a hearing as his son tried to explain why the yard was messy. When he said that his father was "sick and weak," Krot raised her voice and asked if he had seen the photo of the blight.

Judge admonishes Hamtramck man for not cleaning up his yard

A district judge said the inaction by a Hamtramck man to clean up his yard was 'shameful' after he was cited by the city's code enforcement. He said that he wasn't able to clean it up because he's elderly and has cancer.

"You deprived Mr. Chowdhury of his right to provide his explanation for the overgrown vegetation; whether intended by you or not, your interaction caused him humiliation; and you reacted with excessive anger toward an individual appearing before you for the first time, and doing so for a minor infraction," the commission wrote to Krot in a letter last month.

Read: ‘I made a mistake,’ Krot says

Neighbors said Chowdhury went back to native country of Bangladesh for about two months in the summer for his son's wedding, and that's when the yard started to get bad.

Chowdhury was ordered to pay a $100 fine.

The commission noted that Krot has an "excellent discipline record," and said that her heavy docket or frustration with homeowners who neglect their properties may have contributed to her reaction.

The letter concluded by telling Krot that if there is future misconduct, the incident may be considered by the commission.