GRAND BLANC, Mich. (FOX 2) - A Michigan man is accused of threatening a congressman and the director of the FBI.

Police checked Walter's Facebook page, where they say they found" numerous comments stating beliefs that half the Senators, the FBI, CIA, police, Tom Cruise, and Elon Musk are involved in a child slave rape ring, listing various locations where these rings are located, one of which identified the United States Capitol Building." 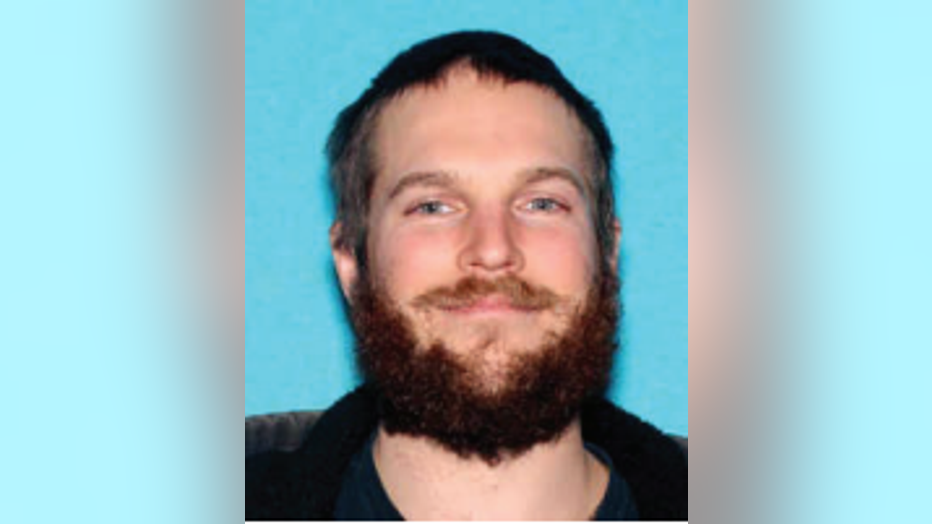 A post was also found threatening Garamendi hours before the call, the affidavit said.

On Nov. 8, the United States Capitol Police contacted the Metro Authority Police Department in Genesee County for a welfare check. When they went to Walter's home, he allegedly answered the door with a gun in his hand and refused to drop it. According to the court record, he eventually put the gun in the pocket of his sweatshirt.

Authorities said Walter did not threaten law enforcement but claimed that he would defend himself against the U.S. government.

According to the affidavit, while police were talking with Walter, he allegedly "went on a rant about kids being raped, a lawsuit with Putin, and how he is calling everyone all the time, but no one is doing anything about the kids."

While at the home, police said Walter's parents told them he had mental health concerns, and his mother said he was worried about his safety. Two days later, she said he was refusing mental health treatment, had a handgun, and was saying he would protect himself if people tried to take him from home.

On Nov. 19, he allegedly posted comments threatening to kill FBI Director Christopher Wray while Wray was live on Facebook, the affidavit said. 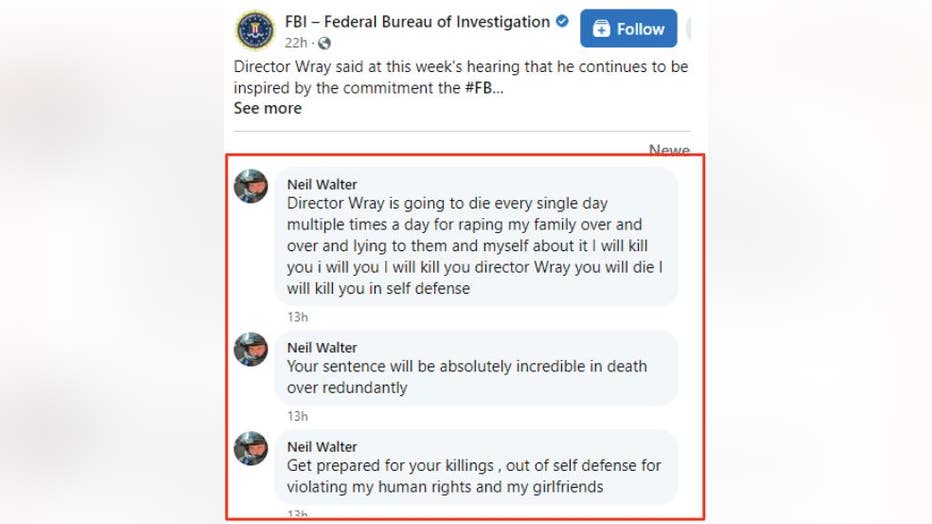 Walter is charged with transmitting in interstate commerce communications containing a threat to injury the person of another.