Roseville man saved by wife as she gives him kidney

SOUTHFIELD, Mich. (FOX 2) - A Metro Detroit man found the perfect match in his wife - in more ways than one - as she gave her husband of almost 30 years one of her own kidneys.

Sean McNeil went into full kidney failure in April and learned he needed a transplant to survive. The longtime diabetic was rushed to the hospital after he collapsed at their Roseville home.

His wife, Renee, found him on the floor and called 911.

Once at the hospital, Sean learned he would need dialysis and eventually a kidney transplant. It was a life-changing day for both Sean and Renee, who stepped up to try to become a living donor.

"Transplant offers these patients a chance to take back their lives - to do the things they love with the people they care about," said Beaumont Transplant Surgeon Dr. Krishna Putchakayala.

Dr. Putchakayala says 90,000 people in the united states are waiting for a kidney from a deceased donor and the wait could take five years. But that's not true with living donors.

"Living donation is a compelling reason to get a donation right away - it tends to work right away so they can get off dialysis - and it also tends to last longer than any deceased donor," said Dr. Putchakayala.

So, with her husband in need, Renee went through extensive testing and when she got the call, she went to her husband of nearly 30 years.

"Just walked over and gave him a big hug and told him you're getting my kidney. You're going to make it through this," Renee said.

The Beaumont transplant team performed the surgeries at the end of October. Renee said she was in a lot of pain at first but was up and walking the next day - straight to her husband's hospital room.

"Just to see his face. Sitting in that bed, knowing he's going to be with me the rest of our life - just made it all worth it," Renee said. 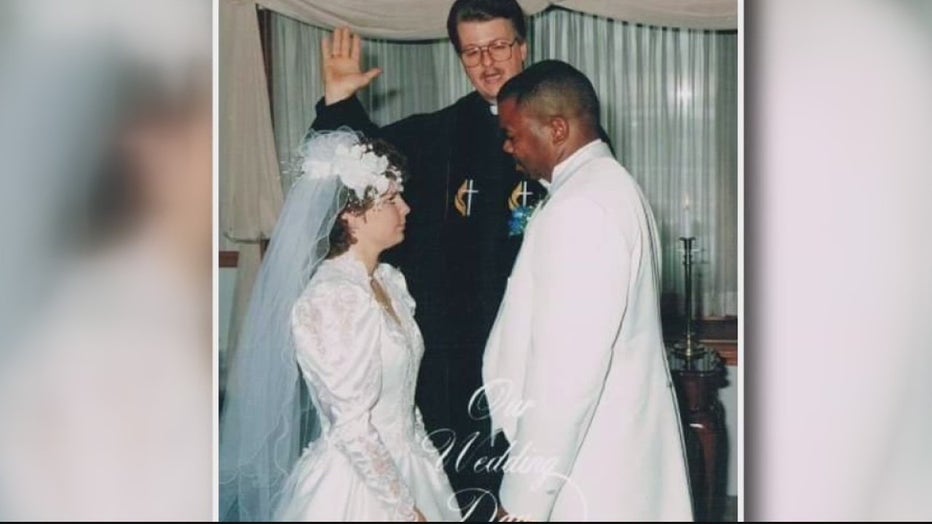