LANSING, Mich. (FOX 2) - Ahead of planned demonstrations at the Michigan State Capitol, law enforcement throughout the state are coordinating and ramping up their efforts to ensure the situation does not devolve into chaos or violence. At the same time, the Michigan House and Senate opted to cancel sessions next week out of an abundance of caution

Michigan lawmakers won’t meet next awake amid calls for protests

As protesters plan to demonstrate in Lansing, Michigan lawmakers have opted to cancel next week's sessions.

With national calls to protest at all 50 state Capitols and a demonstration planned for Sunday at Michigan's Capitol, Attorney General Dana Nessel said the decision was sorely needed.

"My response to that is thank God," said Nessel. "Firearms that you can’t see because they’re concealed are just as deadly as the ones that you can see."

Michigan lawmakers banned the open carry of guns in the state capitol but concealed carry is still allowed. Michigan State Police said Friday they were prepared for a number of contingencies.

"Law enforcement officials here in Michigan have a plan and are working together to ensure that we don’t see a repeat of those dangerous, illegal, and disgraceful actions at our capitol," said Col. Joe Gasper, MSP director.

The FBI, Lansing Police and Fire, and Ingham County Sheriff are all coordinating and elements of the Michigan Army and Air national guard have been called to state active duty after Governor Gretchen Whitmer’s request.

The guard calls their response "significant" but did not go further into detail. 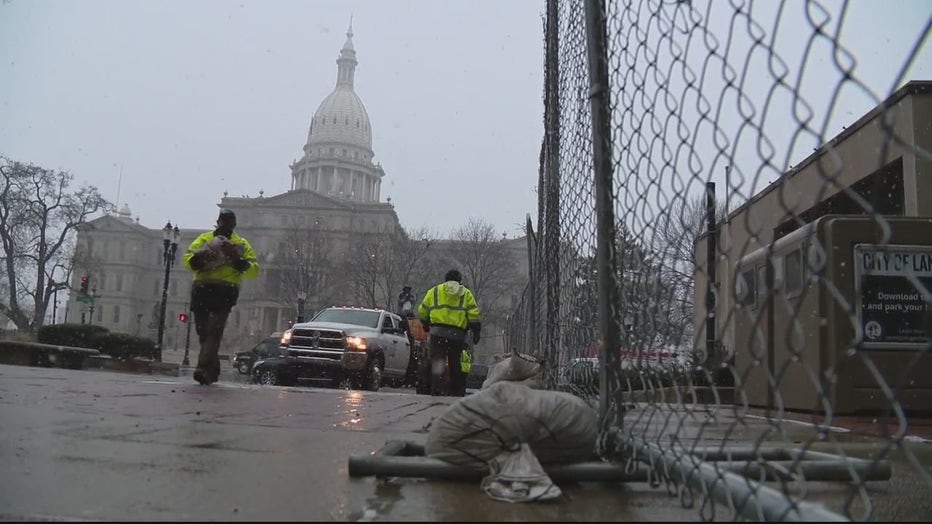 Protesters are expected at the Michigan State Capitol and lawmakers have opted to cancel next week's session out of an abundance of caution.

Law enforcement has been careful not to tip off bad actors with much of their specific strategy, crowd estimates,  or details on whether they’ve received any specific credible calls to violence. However, MSP started boosting visible presence at and around the capitol on Monday and plan to keep more boots on the ground till at least mid-February.

"We are prepared for the worst, but we remain hopeful that those who choose to demonstrate do so peacefully without violence or destruction of property," said Col. Gasper.

The FBI says has taken what they’re calling a 'heightened posture' since the riot at the Capitol in Washington D.C. on January 6th. Lansing Police are encouraging those who don’t need to be in downtown Lansing to stay home and promise that those who do show up to protest will be treated fairly.