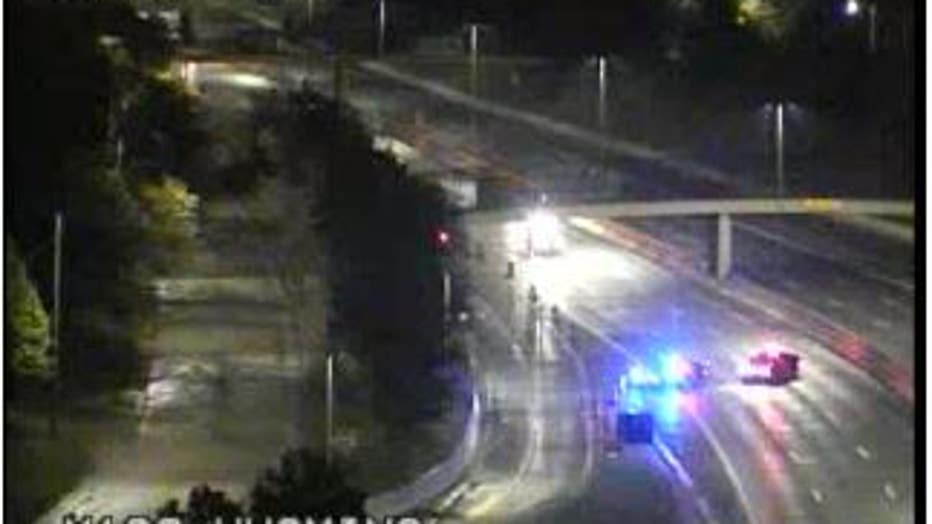 The incident closed M-10 northbound lanes and Wyoming for a shell casing search.

On M-10 and McNichols in the city of Detroit, a man was traveling north when he says he was shot at.

The victim said he noticed two speeding vehicles that were approaching him from behind while he was in the left lane.

The passenger In one of those two cars - the black Dodge Charger - allegedly took aim and fired at the other speeding vehicle.

A tweet from Michigan State Police said the victim couldn't identify the other kind of car.

However, a shot from the gunfire struck the rear window of the victim's vehicle.

It's unclear where the two vehicles went after that.

There were no gunshot victims at any local hospitals related to the incident.

The incident closed M-10 northbound lanes and Wyoming for a shell casing search.

There were no injuries reported.

If someone has any information about the shooting, they're asked to call the police at 734-287-5000.