DETROIT - Michigan State Police were in the area of Joy and Dexter on Detroit's west side Thursday after conducting raids at multiple weed shops suspected of selling the drug without a license.

A state police officer referred to the shops as "just like the black market."

"The people of Michigan spoke - they wanted to have recreational marijuana - which is fine. We're just here to enforce the law of anything that's illegal," said Lt. Mike Shaw. "Just like before, it used to be illegal to sell marijuana, it's the same deal you have to do it and abide by the law."

Michigan State Police conducted raids on several suspected illicit weed shops in the state that had no license to sell recreational cannabis.

And the law is in order to sell cannabis for recreational purposes, a business must be approved by the municipality it's located in, and have received a license by the state's Public Service Commission.

Sources say at least one of the locations raided Thursday had applied for a license but had it turned down. Sources told FOX 2 these types of businesses bring in $100,000 a month and not paying any taxes on the sales. That costs the state a lot of money.

At least one man whose store was raided said he thought he was operating a legal tobacco business.

"It was going to be a hookah bar but with the tobacco license issue thing..." said Leon B.

Now that each city's laws might be different than neighboring communities, state police are increasingly relying on public input as the first line of defense.

"No one likes crime in their neighborhood, regardless of what it is. We got some tips from some members of the community that there were some illegal operations going on in these buildings," Shaw said. "We're going to investigate it to the fullest and get that information to the prosecutor." 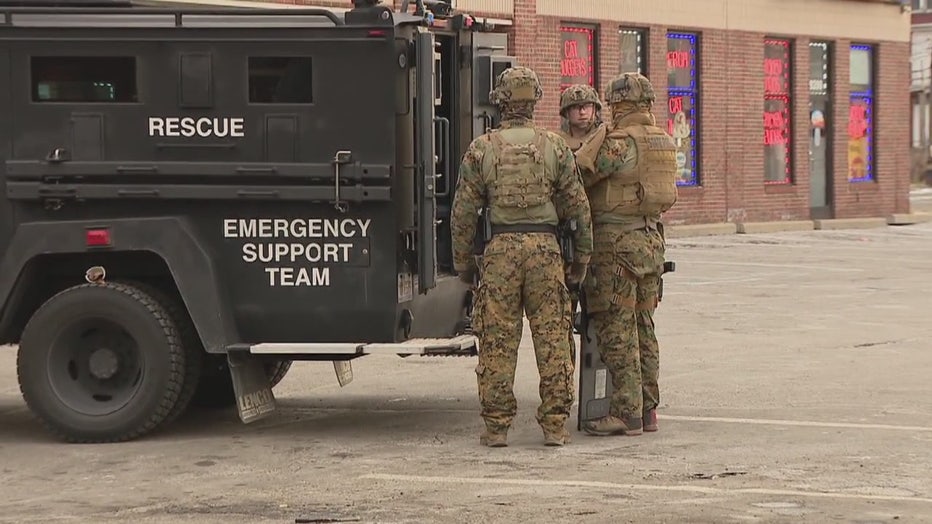 Since the state's first legalized sale of recreational cannabis, more than $1.7 million in revenue has been reached, despite there being very few shops currently open.

As of now, Detroit is not one of the cities in Michigan with a licensed business that can sell cannabis.