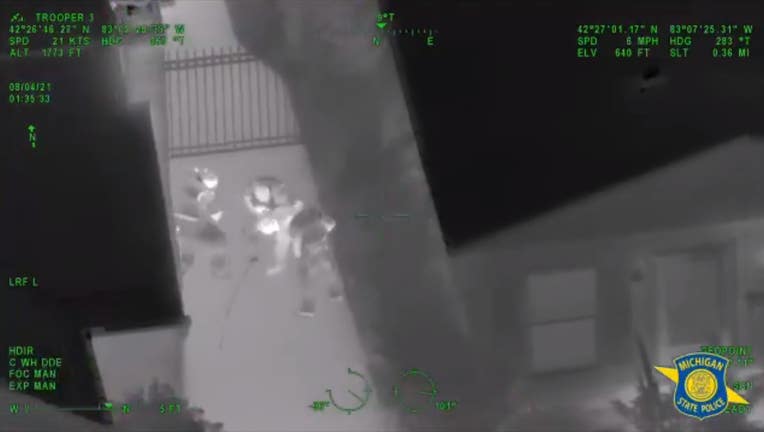 FERNDALE, Mich. - Michigan State Police got to flex their aerial muscles again this week when they helped local police catch a burglary suspect.

On Wednesday, state police were asked to assist Ferndale law enforcement that were looking for someone involved in a home invasion.

It was also another opportunity to use the department's thermal imagery capabilities that are outfitted on their helicopter.

"Under some bushes, I've got a little bit of heat," said an officer manning the camera.

Police identified a heat signature next to a house on Aug. 4 and guided deputies down a driveway.

A second later, officers listening in turn around and start rummaging through the bushes. Moments later, the suspect emerges and is taken into custody.

Michigan State Police have offered aerial support in recent weeks as Detroit police have tried to stamp out drag racing in the city.