The state of Michigan has the highest COVID-19 case rate in the nation but state leaders say a shutdown is not likely.

SOUTHFIELD, Mich. (FOX 2) - Michigan is once again considered the COVID-19 hotspot in the nation and health leaders fear it may get worse in the coming months as a quarter of the confirmed cases are in children under the age of 18.

The Centers for Disease Control and Prevention (CDC) reported on Tuesday that Michigan's case rate, at 504 per 100,000, is the highest in the nation.

Michigan's health leaders are concerned about the increase, especially considering where the cases are focused.

"It's really concerning to see where our numbers are over the past couple of weeks in the state of Michigan," said MDHHS director Elizabeth Hertel.

In Oakland County, a quarter of the cases are in people under the age of 18.

That increase in infections is putting a strain on hospitals in the state - especially among the unvaccinated.

"The majority of the cases that we’re seeing going into the hospital are unvaccinated and the reason for that is because that the vaccine is effective and it works," Hertel said.

However, because there is a vaccine and therapy treatments available, leaders say the state is in a different position to fight the virus this year.

"We also have the monoclonal antibody treatments that can be used to treat individuals and we’re expecting a couple of medications to be approved in the coming weeks by the FDA," Hertel said.

Before Covid, this would typically be the time of year that we prepare for flu season. But now we have flu and Covid to be concerned about.

"We are entering our cold season and people are now around each other more indoors," Hertel said. "We’re not only seeing this increase in Covid transmission, we're also seeing an increase in flu transmission across the state so that is additionally concerning."

So what does the future of COVID-19 mandates look like? State leaders say they don't envision new ones being enacted.

"I still don’t see any state-wide mandate coming in the next couple of weeks. We’ve been doing this for a year-and-a-half now and we know what works," Hertel said."We continue to encourage people to get vaccinated that’s cool that we have in the fight against this pandemic." 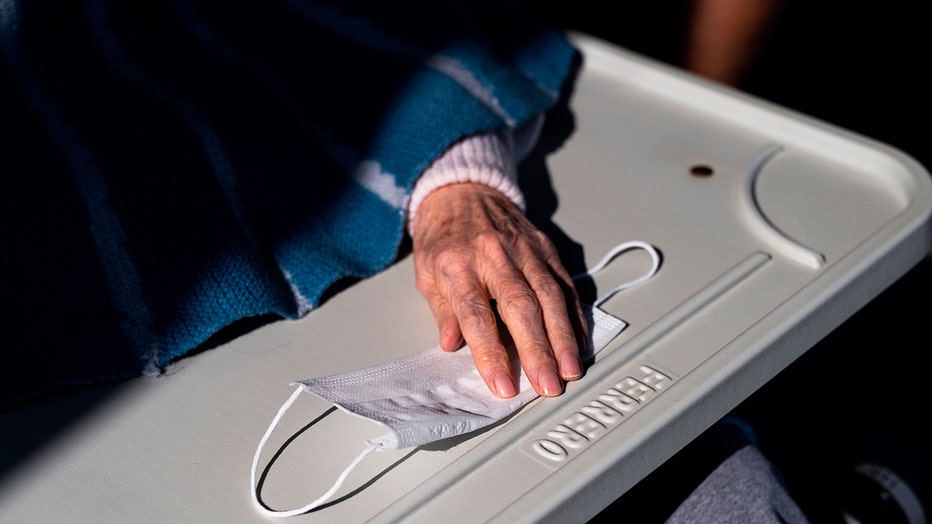 An elderly resident puts her hand on a face mask.