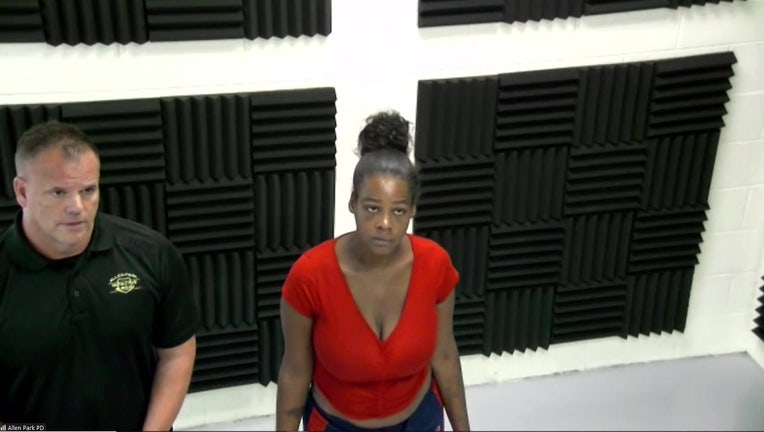 Nyasha Pool, 30, was charged with OUI causing death in the tragic crash that killed her 2-year-old daughter in July 2022.

ALLEN PARK, Mich. (FOX 2) - A Detroit mom of a 2-year-old baby who died after being ejected from her car has been charged in the girl's death six weeks after the crash.

Nyasha Pool, 30, was arraigned on charges including OUI, driving with a suspended license causing death, and two counts of child abuse, among other charges for the July 20 crash that killed her 2-year-old daughter.

Pool stood mute, meaning a not guilty plea was ordered on her behalf.

According to police, the Detroit woman was speeding in the right lane of the Southfield Freeway headed north near Outer Drive in Allen Park when she hit a vehicle in front of her just before 9 p.m. She then crossed the middle and left lanes before crashing into the barrier wall.

The 2-year-old girl, who was sitting behind the mother, was not wearing a seatbelt and died. The other child, a 3-month-old, was in a car seat with only the lap belt on. That child was thrown from the vehicle and suffered serious injuries.

A Detroit mother has been charged in the drunk driving death of her 2-year-old girl earlier this year. Her family says she's an alcoholic and has a previous drunk driving conviction.

The night of the crash, police said the woman was so impaired they needed help from family in identifying the children.

Her family told FOX 2 the next day that she was entirely to blame for the girl's death.

Tammie Ross said her granddaughter, Vanessa, was killed and the driver was her own daughter and mother of Vanessa. She said she was drunk and speeding with both of her kids in the car and not safely buckled in.

Pool has a prior OWI conviction in 2014. She also convicted of assault with a dangerous weapon and home invasion.