Jazmine Gipson says this all happened Monday when her 6-year-old, Irvin, was coming home from Joseph M. Carkenord Elementary on a school bus.

NEW BALTIMORE, Mich. (FOX 2) - Jazmine Gipson says her 6-year-old was assaulted by a student on a school bus

"My 6-year-old was called the n-word, physically grabbed, assaulted, and spit in his face," she said.

Gipson says this all happened Monday when her 6-year-old, Irvin, was coming home from Joseph M. Carkenord Elementary on a school bus. She says her 9-year-old daughter tried to step in.

"She said when she intervened, she was also called the n-word by this child," she said. "The little boy told him to take whatever and shove it up his rectum."

Gipson says the other boy is a student in her son’s class and she wants the school district to place the child in another classroom and discipline him appropriately. She says neither has happened.

"I emailed the principal to see if she was aware, and I emailed my son’s teacher to see if she had any knowledge of what took place in the classroom," Gipson said. "She said he didn’t tell me, which is understandable."

She also filed a police report with Chesterfield Township Police and reached out to the transportation department for the school district.. Now she’s been keeping her kids at home since the incident occurred.

"They did not go into details about what this child’s consequences were," Gipson said. "I trusted it would be a great consequence. I also asked if an assembly could be done at the school to talk about other races, racial slurs and if parents could be involved."

Gipson says she also spoke with the district about the video of the incident on the bus.

FOX 2 spoke with the superintendent of L’Anse Creuse, who said they could not provide it. The superintendent added that all incidents between students are investigated, and the code of conduct is followed.

Gipson also asked to see the video or at least about what other children said about what happened.

She claims other kids saw  Irvin being spit on and called the n-word.  She tells FOX 2, she was told the video was unclear on what happened, but as of now Gipson feels there’s no sense of urgency. 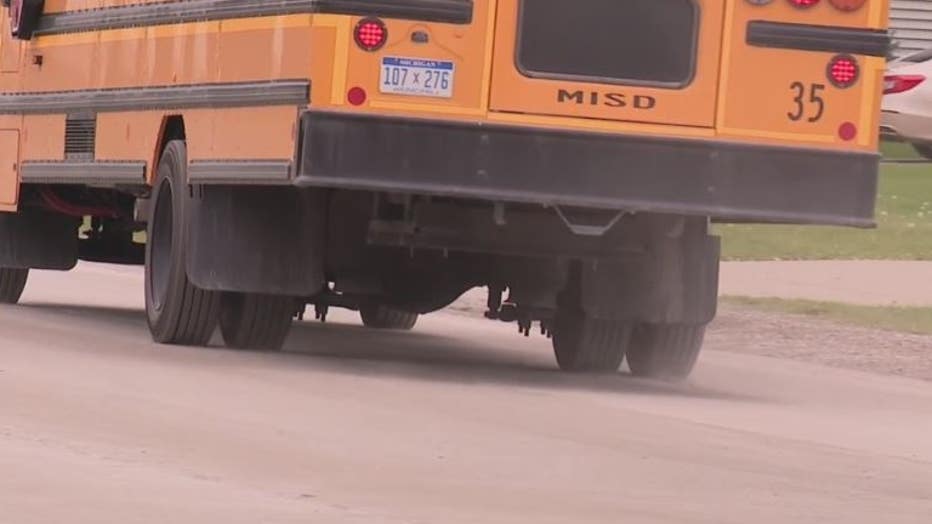 "I don’t feel a sense of urgency," Gipson said. "It’s just unsettling and I’m pulling my kids from the district."