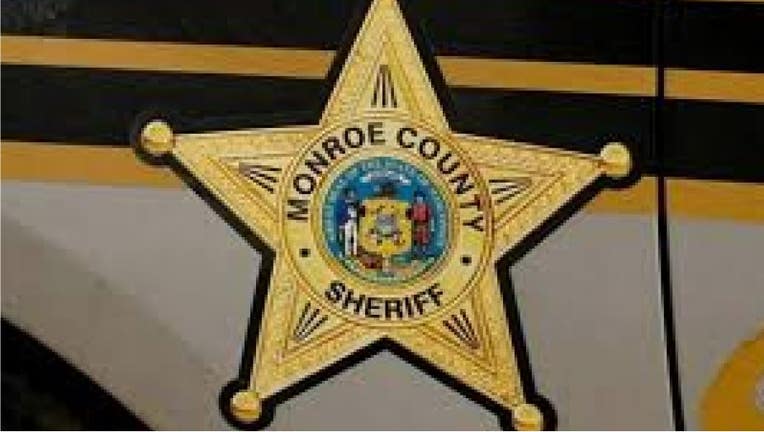 FRENCHTOWN, Mich. (FOX 2) - Police in Monroe County are investigating the stabbing death of a man at a hotel on Valentine's Day and said he was stabbed by a man he had spent time with earlier in the day.

The Monroe County Sheriff's Office said they were called to the Quality Inn on Dixie Highway in Frenchtown Township to a stabbing in the parking lot.

When deputies arrived, they found a 25-year-old man dead in the parking lot. Another man, also 25, was found in the hotel lobby and arrested without any issues.

Early investigation shows that the two men had been together earlier in the evening and got into an argument and fight for an unknown reason. Deputies said that led to one man stabbing the other.

The victim is identified only as a 25-year-old from Monroe as law enforcement are still working to notify his family.

The other man was treated for his injuries at a nearby hospital and is currently in the Monroe County Jail. His identity is not being released until the prosecutor's office determines charges.

Anyone with information regarding this incident is asked to contact the Monroe County Sheriff’s Office Detective Bureau at 734-240-7530.

The Monroe County Sheriff has been called to multiple reports of violence over the first two weeks of the month, On February 1, police said a man shot up a car full of six people, including two children.

Deputies said the man shot 13 rounds into Alexandria Alamo Cruz's car. She was hospitalized with critical injuries and a bullet grazed a 17-year-old girl. Two 20-year-old women along with a 12-year-old boy, and a 5-year-old boy were not hurt, but are incredibly shaken up.

A man wanted in that shooting turned himself in on February 8, one week after the shooting. Austin Watkins, one of two persons of interest identified shortly after the shooting, surrendered to police. Another suspect, Kelvin Harris, is still wanted by police.

On February 4, law enforcement again were called to a report of violence, this time at 'Camp Lord Willing' where a woman was shot in the face in a car at the RV park. She later died at a nearby hospital.

A suspect was arrested in that shooting and was reportedly covered in blood when deputies found him.