WASHTENAW COUNTY, Mich. (FOX 2) - A 71-year-old woman is recovering at a local hospital and a 73-year old man is dead after distracted driving crash in Washtenaw County's York Township.

"We often think about someone texting and driving or putting on their makeup or distracted while changing the radio," said Derrick Jackson, Washtenaw County Sheriff's Office. "But also having animals in the vehicle."

In the time it took to move the dog, she inadvertently crossed the center line crashing head-on into another pickup truck

And that was the case Wednesday evening on Willis Road near Bolla in York Township.

According to the Washtenaw County Sheriff's Office, the 71-year-old woman was driving east bound on Willis Road when one of the six dogs in her vehicle jumped into her lap.

In the time it took to move the dog, she inadvertently crossed the center line, crashing head-on into another pickup truck.

"We had a 73-year-old man from that area who actually lost his life in the crash," said Jackson. "The woman, she has some pretty significant injuries as well, and three of the dogs actually died."

"It's a very sad and tragic story and part of the reason we really want to share it, is just to talk about what distracted driving really is," said Jackson.

Something cops troopers and deputies having been doing more of in recent years and for good reason.

There were just shy of 19,000 crashes in 2018. Wednesday's accident is a stark reminder that phones are not the only things can take our eyes off the road. 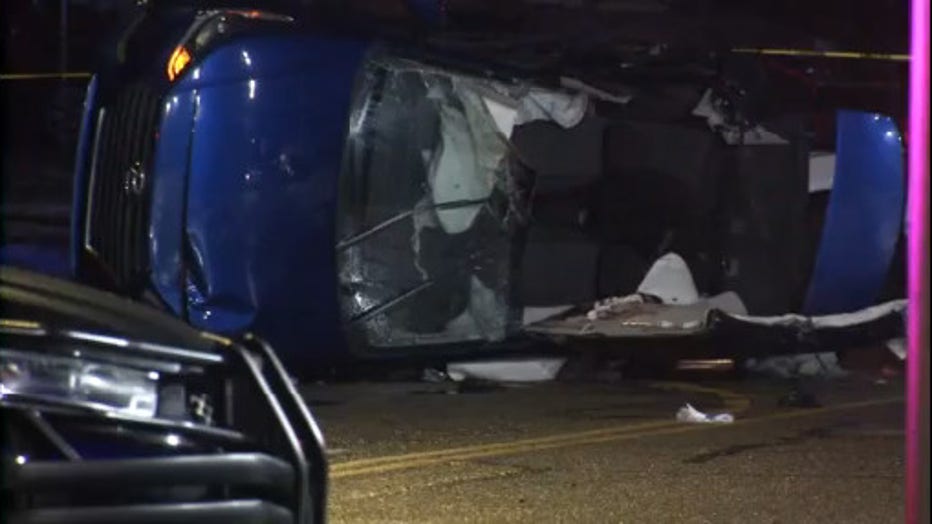 FOX 2: "You guys have seen this before?"

"Somebody was traveling on Gratiot Avenue and they had their dog in the car," said Kristina Rinaldi, Detroit Dog Rescue. "The dog jumped on their lap, they hit a median, hit the Detroit Dog Rescue van - and that was the end of our van."

Rinaldi says pet owners should not have unrestrained animals in their vehicles.

"There's partitions you can buy, that will separate your back seat from your front seat, your dog can be safe back there while you are driving," Rinaldi said. "There is also a variety of crates that you can get at any pet store and doggie seat belts. I always say to have a backup plan for your dog because while driving there are so many distractions. It might be a scary truck, it might be a loud noise that scares your dog and causes them to jump in the front seat, or jump in your lap, or bark and distract you."

Right now it's unclear if the woman at fault will face charges. The investigation is ongoing.