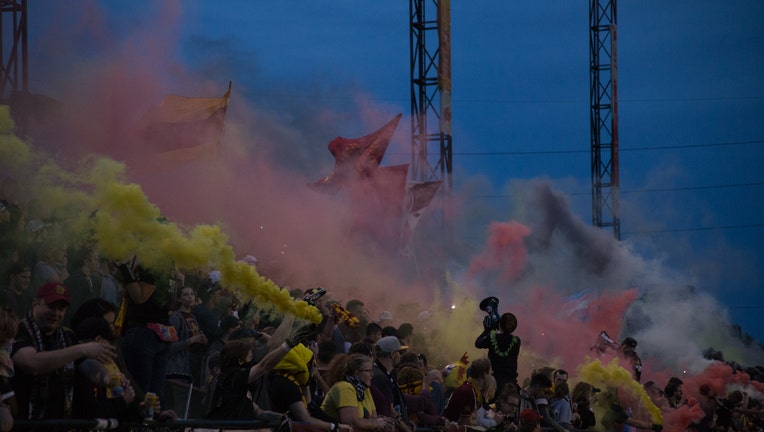 Each June, soccer fans pledge an amount they will donate for every goal scored that month.

Northern Guard Supporters rallied $23,000 for the cause, while DCFC corporate partner Ally chipped in $27,000.

Andrea Brimmer, the chief marketing and public relations officer for Ally, got emotional while talking about her LGBTQ son before revealing the donation.

Supporters will celebrate the donation at halftime during Saturday's DCFC. The team takes on San Diego 1904 FC at 7:30 p.m. at Hamtramck's Keyworth Stadium. Get tickets here.