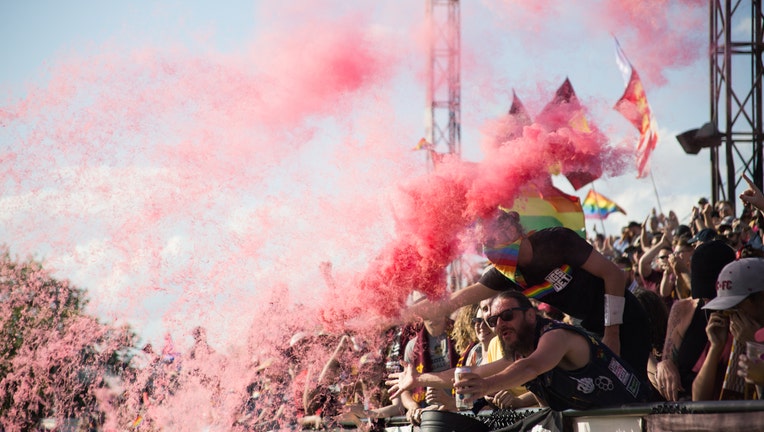 For fans of the soccer team, DCFC is so much more than a sport so when the COVID-19 pandemic prevented gatherings, they had to find ways to adapt.

Gone were the days of marching to Keyworth, standing shoulder-to-shoulder chanting and singing during matches, drinking at the City Clubhouse, and traveling to away games.

"I miss the long walk down the blocks to get there. The anticipation is kind of like the joy a kid gets when their parents pulls up to a McDonald's," Henry Callaway II said. 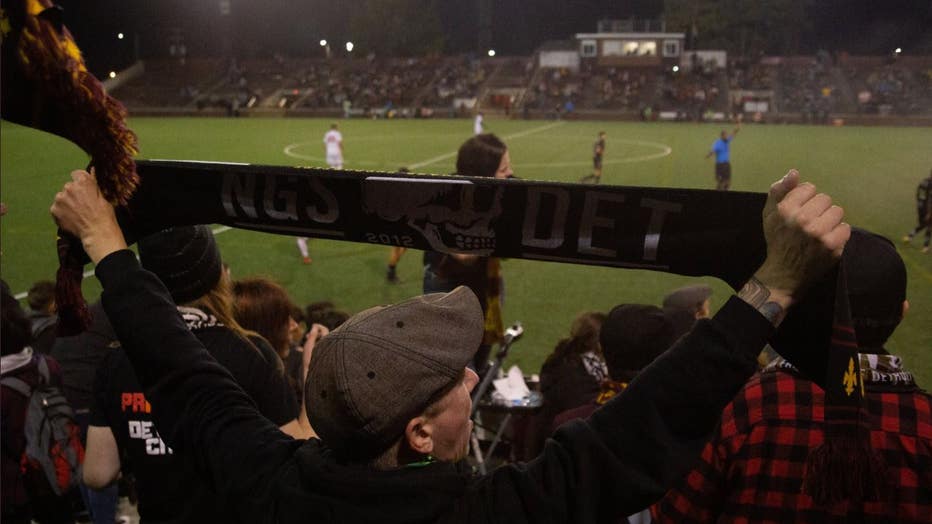 The stands at Keyworth Stadium have been empty since 2019. (Photo: Amber Ainsworth)

The men’s team went pro last year, and the newly formed women’s team played for the first time, but fans could only watch it from home.

It left supporters not only missing firsts, but the community that comes with attending a DCFC match.

"What I miss most would be, to give a bad answer, all of it," Nick Beyer said. "Long answer would be waking up on match day, arriving to Hamtramck, usually too early, grabbing food and drinks, seeing everyone, hugging everyone, the match, the post-match stuff, all the little things in between. The jokes, the banter."

When the stands were barren, a robot, SmokeyTheBot, detonated smoke bombs during games, causing smoke delays as if fans were there while supporters were far away.

Fans also found ways to help the community despite the pandemic. In 2019, a gift wrapping party was held to donate presents during the holiday season. While the party aspect was not possible last year, a drive-up event was used to ensure that supporters still helped.

Aside from the socially distanced present event, fans turned to social media to connect them with other supporters, with Twitter and the Northern Guard Supporters Discord becoming vital places to keep in touch.

"I stayed connected to the team by just really being on Twitter and socials as often as I could," Jarret Maki said. "I couldn’t even imagine how tough it was to not have fans in the stadium for both the front office and players, so whenever I could I’d share or retweet posts about new merchandise and just kind of do my part to help out during the difficult time."

This shift from in-person to digital was beneficial to supporters in many aspects.

"Since I don't go to school in the Detroit area, the move to a lot of things being virtual has actually helped me feel more involved/connected than I would have in the past," Illuin Darlington Bai said.

NGS Happy Hours on Zoom also allowed fans to enjoy each other’s company, with many happy hours dragging late into the night, full of soccer chat, shots, and conversations about the day everyone can return to Keyworth.

After a year and a half of not being there, supporters will soon return.

Season tickets were released recently for home games that will begin May 1. COVID restrictions will be in place, meaning it won’t be the same as it was in years past, but fans will be able to safely watch in person.

And they’re excited about it. 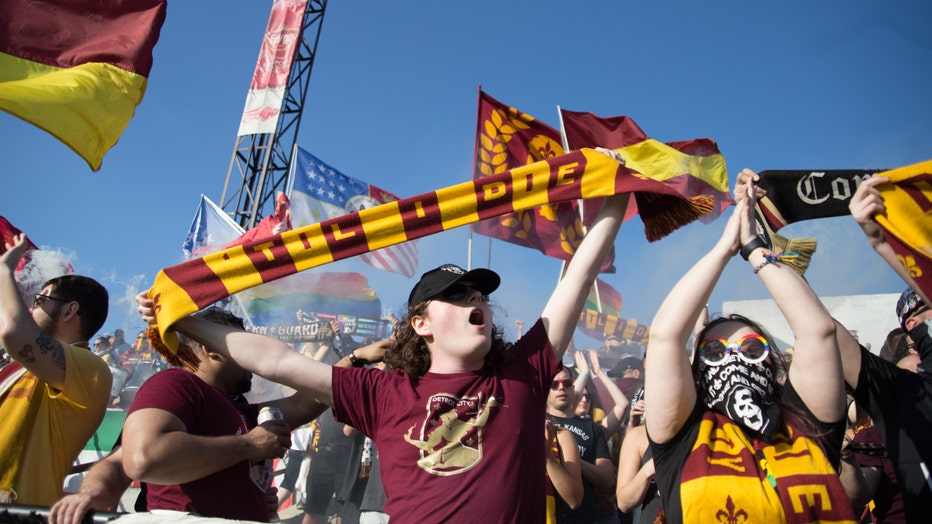 Sam Shrum said he’s ready to support both the men’s team and the women’s team at home and on the road.

"The men's pro side lets us play on a bigger stage, but the women will let us continue a supporting experience that's closer to our roots where most away days are within a reasonable travel distance to support them in person," he said.