WARREN, Mich. (FOX 2) - During the arraignment of an 18-year-old accused of killing his girlfriend, more drama spilled into the courtroom. Tense conversation can be heard near security into the courtroom when police arrested a woman. She was the mother of the accused.

"She happened to show up, the officers seen her and placed her under arrest [sic]," said Warren Police Commissioner Bill Dwyer.

Kevin Dixon, arraigned on charges of shooting and killing his girlfriend, appeared on video in court on Thursday. His mom showed up during the hearing and was subsequently arrested by police.

Kevin Dixon is facing several charges including first-degree murder after he allegedly shot India Mackey near his home in Warren. Video recorded on Mackey's phone just moments before her death shows Dixon holding a firearm in the passenger seat of a car.

"This defendant, he's got a gun on his lap, pulls the bullet out, wipes his fingerprints off it, and says 'this is a hollow point, this is what I'm going to use to kill you,'" said Macomb Prosecutor Eric Smith. You can see the video in the video player above.

Authorities say Dixon and Mackey got into a fight while in the car before he started threatening her.

Appearing in court on Thursday, Smith told the judge that Dixon gave them various stories for how Mackey was killed.

"Dixon told Detroit PD officers at one point that Mackey shot herself at his residence in Warren," he says, reading from a police report. "Dixon said he touched the trigger, and then quote 'going off.'"

| MORE COVERAGE:
18-year-old boyfriend charged with woman's murder in Warren
Father of Warren woman allegedly killed by boyfriend: I tried to protect her
18-year-old arrested after argument, deadly shooting of girlfriend in Warren

That's when outbursts came from outside the courtroom when Dixon's mom showed up. Her arrest stems back to a phone call made by Dixon in the back of the patrol car.

"He's on the phone talking to his mother, clearly identifying his mother and telling her to go to the house, and get rid of the gun. So she went to the house and we've charged her with accessory after the fact and tampering with evidence," said Smith. 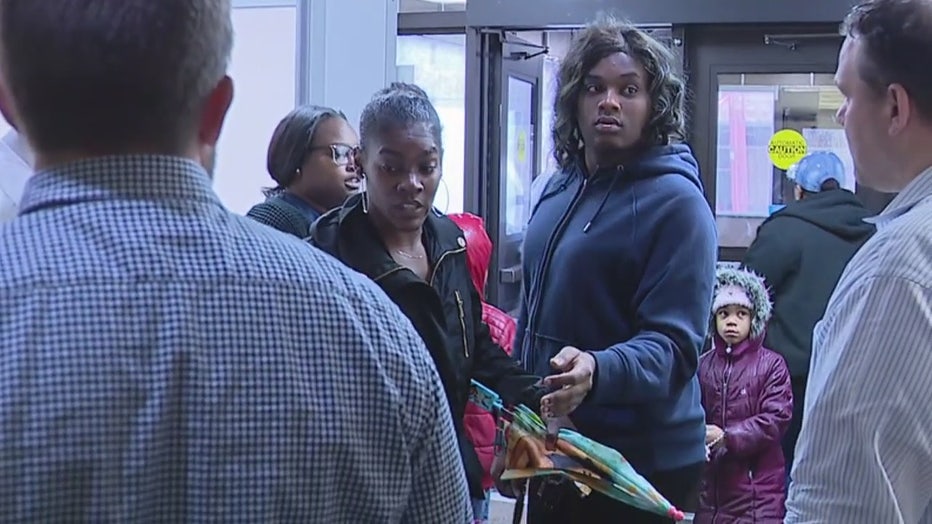 Back in court, Dixon asked to be released because he was going to start work soon. However, a judge denied him bail, saying he was a flight risk and considered a danger to society.