Ryan Fomby was murdered in Detroit on Memorial Day in 2014. Eight years later, his family is still waiting for answers about what happened and who killed him.

"The only I can think about is my son, and growing up he always loved the holidays and now all I have to look at is his obituary. It's heartbreaking because nothing has been resolved from this, and it's been eight years," Angela Williams said. "This is not fair I have to go through this every day, but it gets worse on his birthday and the day he died, which is Memorial Day. It will never be the same."

Fomby was out with his girlfriend the night he died.

"The last time I saw him was on Memorial Day when he was heading home with everybody," Williams said. "I never saw him again." 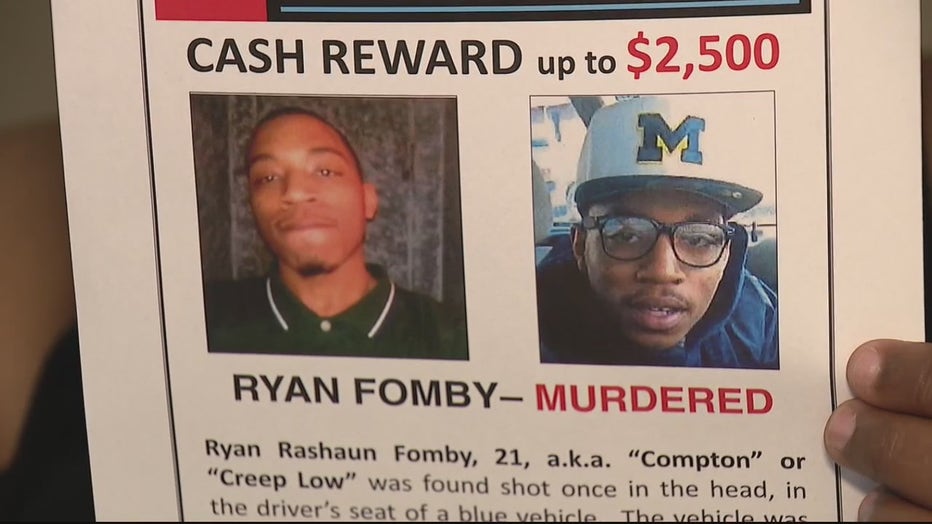 Fomby's body was found on Fleming near Victoria in Detroit in a burned car that wasn't his.

"Whatever happened, he must have been at gunpoint because where he ended up at there were really no houses there, just vacant fields, because he was shot in the head and the car set on fire," Williams. "He was looking for a fresh start and never got the chance."

Williams said her son's death continues to have an impact on the lives of loved ones.

"Some of my kids don't even want to drive because of what happened to him in the car. They don't want a license," she said.

Crime Stoppers is offering up to a $2,500 reward for information. Submit tips by calling 1-800-SPEAK-UP or visiting 1800speakup.org.