After her son Natalian Ringo was murdered in Highland Park in 2019, Bernice Ringo started a nonprofit to help other families of gun violence victims.

"If I’m feeling bad, and I did often because I was a single mother, there were plenty of times I would feel in the dumps sometimes. Natalian would be the one in the room and be like, ‘Ma, I love you. You know I love you, right?’" Bernice Ringo said. "He just had this personality. Yes sir, hello, yes ma’am. He was just the most mannerable child." 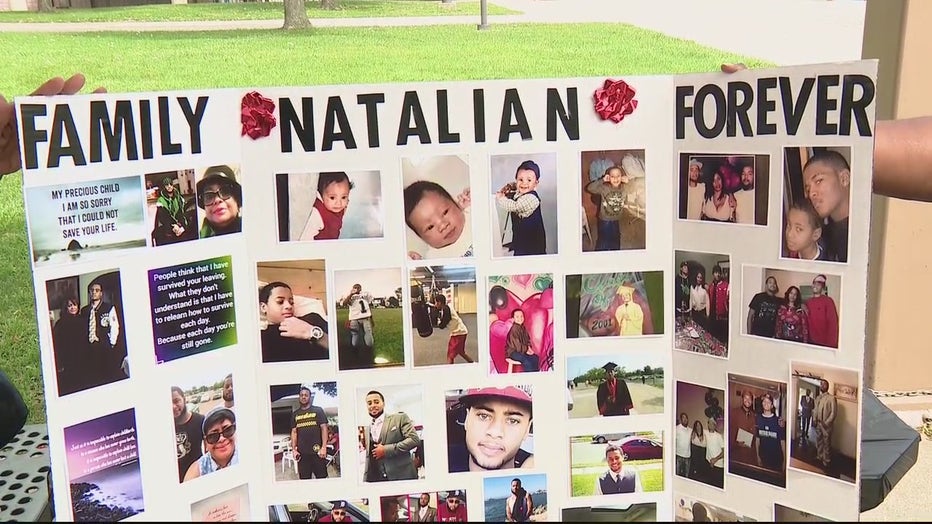 On the anniversary of her son's death, Bernice visited a place she made many memories with him, Milligan State Park, and remembered her son.

"A death is a death, but a murder is different because that’s hanging over me," she said. "I didn’t get help for the whole 2020. I didn’t want to see anybody. I was in so much pain, I didn’t want to deal with my own children."

It's been a tough journey for her.

"Time stands still and you’re never OK. You just have to learn how to adjust and live in that pain. You’re never OK when you lose a child," she said.

But Bernice, who was an anti-violence activist even before her son's murder, has turned to more activism as she grieves. She started the Luke Legacy Institute to help victims of gun violence after Natalian's death.

"Luke Legacy started, and I’m just trying to make a difference to other families because I know the pain know. Only if you know this pain, you’ll understand it," she said.

Bernice said her next plan is to get teenagers to use their voices to help with Crime Stoppers.

Anyone with information about Natalian's murder is asked to call Crime Stoppers at 1-800-SPEAK-UP.