HAMTRAMCK, Mich. (FOX 2) - On Monday it was all about the Motown Sound in Hamtramck.

Several Motown singers including Joseph Billingslea, a Hamtramck native - and an original member of the Contours - was honored Monday by the city of Hamtramck for Motown's 60th Anniversary.

On Monday it was all about the Motown sound in Hamtramck

"In 1962, thanks to our manager Berry Gordy Jr. who wrote the song 'Do you love me,' it was our first million-seller," Billingslea said. "Back in 1960, 1959, when we first got together, we had no idea that anything like this would ever happen."

For some of the singers honored, it was like taking a trip back in time to when it all stated.

The original Vandellas started out when they were just teenagers.

"Rosalind and I started singing when we were 14," said Annette Sterling-Helton, original member of the Vandellas.

And today, they're still doing what they love.

The Motown Sound...these singers helped to create was more than a sound it was a life altering experience that made music history.

"What you did for the borders of our country and beyond makes a difference," said Kathy Angerer, Hamtramck city manager

Katherine Anderson Schaffner - one of the original members of the Marvelettes - was also honored.

"You are part of one of the greatest musical acts in the world," Robinson said.

At Monday's celebration - Katherine was joined by new members of The  Marvelettes to sing the hit song.

"Even when we see each other now, it's like family. Berry always told us that we were a family," said Helton.

"It's the Motown family," Billingslea said. "It always will be." 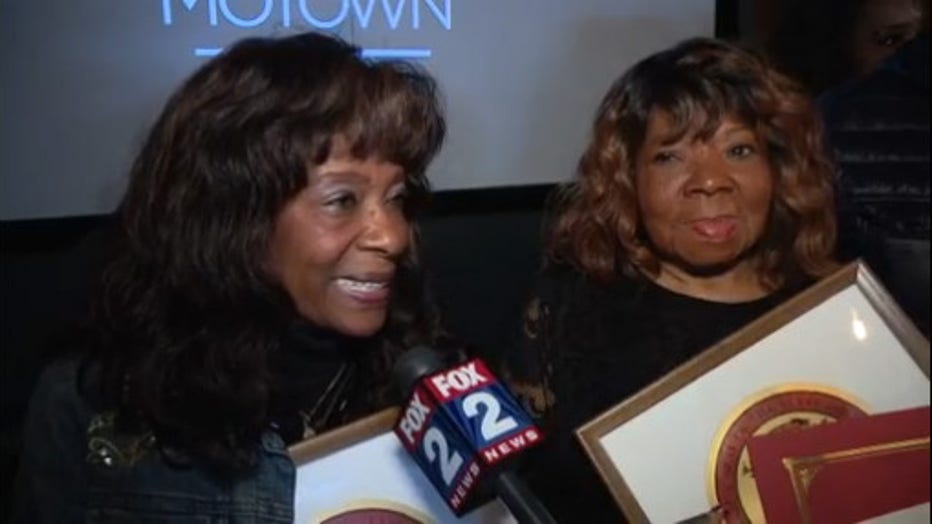