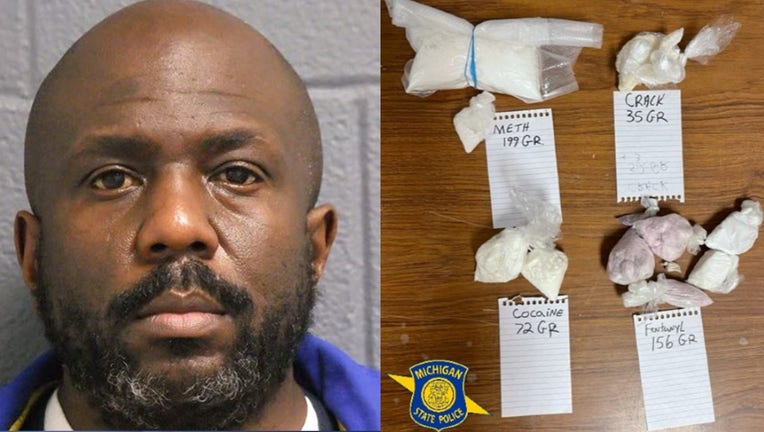 During one search in the 400 block of South Fair Avenue, they said they found about 7 ounces of crystal methamphetamine, 5.5 ounces of fentanyl, 2.5 ounces of cocaine, and more than an ounce of crack cocaine. They also found evidence in the 700 block of McAllister Avenue linking 51-year-old Willie Lark to the drugs, police said.

The Berrien County Prosecutor's Office authorized possession with intent to deliver methamphetamine, fentanyl, cocaine, and crack-cocaine charges. Lark was arrested without incident in a secluded area of Coloma Township.

While searching him during the arrest, police said detectives found fentanyl, cocaine, and crack cocaine packaged for sale.

According to records from the Michigan Department of Corrections, Lark has previous convictions for possessing and selling drugs.

Anyone with information on Lark’s suspected drug trafficking is asked to contact D/Lt. Shawn Yech at 269-982-8664.