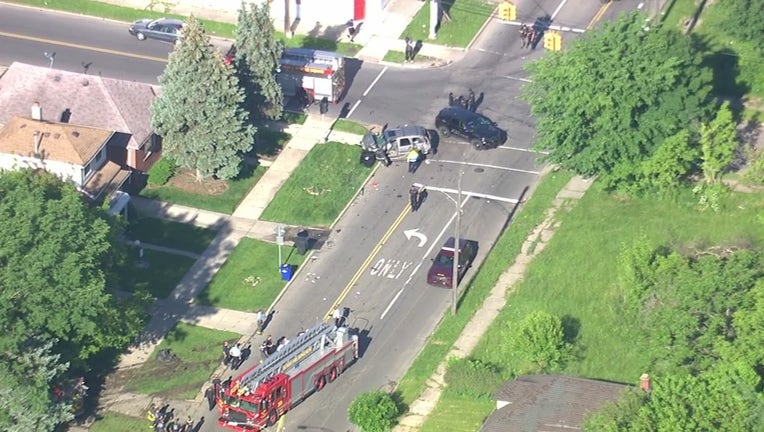 The overhead scene at Houston Whittier and Dickerson where a crash between a fire truck and a passenger car happened.

DETROIT (FOX 2) - Four Detroit firefighters and two civilians were taken to a hospital following a crash involving an engine and a passenger car on the city's east side Wednesday.

The scene on Houston Whittier and Dickerson showed one fire engine on a residential yard with tire tracks running from the road. The civilian car involved in the crash nearby showed extensive front-end damage.

Two of the firefighters were reportedly injured in the crash, but are expected to be okay.

Crews were responding to a fire on Riad when the crash occurred. According to Chief James Harris, the rig had its lights and sirens on when they collided.

The civilians injured needed to be rescued using the Jaws of Life. 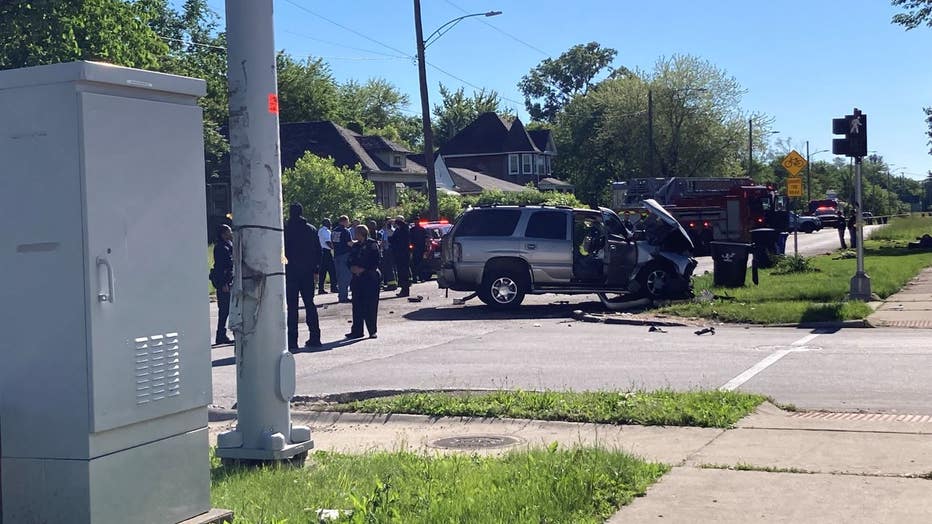