Two killed, one hurt in shooting 5 minutes from Downtown Detroit

The Detroit Police Department said two people were killed and a third was hurt Thursday after they were targeted by a gunman just a few blocks away from downtown Detroit.

Around 1:40 p.m. on Thursday, police said there was a shooting near Larned and Orleans, just a 10 minute walk from Campus Martius Park in Downtown Detroit.

Police Chief James White spoke around 2:50 p.m. where he confirmed a red Ford on Larned had four people inside when a car pulled up and someone started shooting. Two people inside the Ford were killed. A third person was injured.

Three shot on Detroit's east side, 2 killed; suspect on the run

The Detroit Police Department said two people were killed and a third was critically hurt in a shooting just a few blocks from downtown Detroit.

White said all three victims were men and promised they would make an arrest in the case.

White said they're searching for a black Jeep Cherokee but could not offer more details about the shooting or circumstances that led to it. 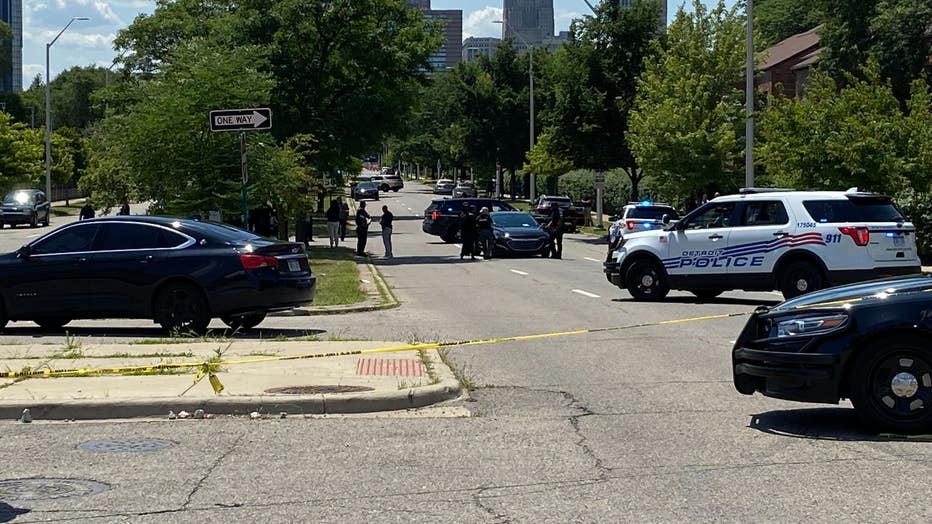 Detroit Police investigate a shooting on Larned street, just a few blocks away from Campus Martius Park in downtown Detroit.