RELATED: What are snow squalls and why are they dangerous?

Car crashes and pileups resulted in road and freeway closures throughout Macomb, Oakland and Wayne Counties.

Michigan State Police said these crashes were caused by a driver going too fast to stop and creating a chain reaction.

One driver that was caught in a freeway pileup was caught in a second crash resulting in critical injuries. MSP said the driver got out to check the extent of the damage on his car when he was hit by another car that couldn't stop.

RELATED: Pedestrian hit while checking car after multi-car accident on I-96

MSP put out a safety reminder to drivers involved in these crashes to stay in their cars with seatbelts on. 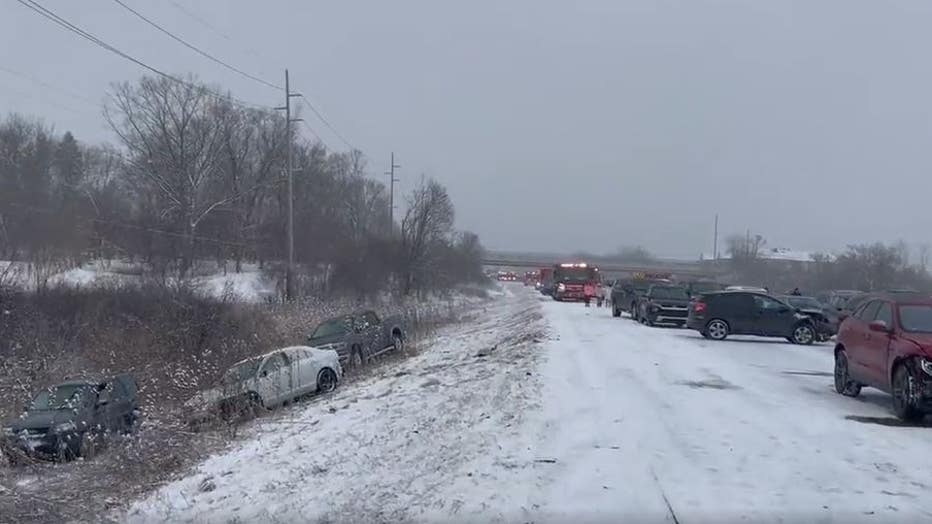