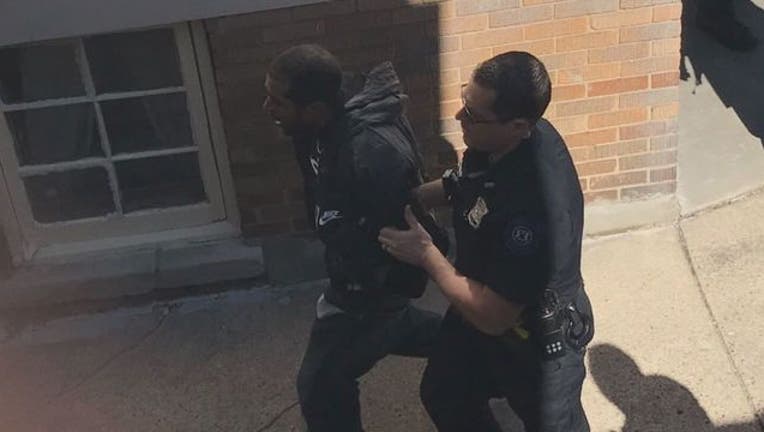 GROSSE POINTE FARMS, Mich. (WJBK) - A string of home invasions and a sexual assault has people shaken in and around the Grosse Pointes.

A man was arrested Sunday morning on Madison Street in Grosse Pointe Farms. Investigators are releasing very little information about the suspect.

The most recent home invasion happened Saturday morning in the 700 block of Washington in Grosse Pointe. Police say the intruder tried to sexually assault someone inside the home.

Another home invasion and sex assault was reported the week before in Grosse Pointe Woods.

Grosse Pointe Farms resident Emily Cirocco was able to capture video and a snapshot of the suspect being arrested early Sunday morning.

"I heard the cops yelling and I went up on my patio and I saw them tackle this guy, and there were like 10 cops coming," she says.

"At about 5 in the morning I thought it was like a dream. I get up at 5 and my wife says there's a flashlight and a cop in our backyard, and the dog's barking," Terry Cirocco says.

Police are not saying if the man they arrested Sunday is connected to the crimes that have been reported.

"I hoping it is because of the fact of what happened [at the house] on Washington. It's scary to think that can happen to anybody and I don't want it to happen to anybody, and I have three daughters and it just scares me to death," says Grosse Pointe Farms resident Kim Ryszweski.