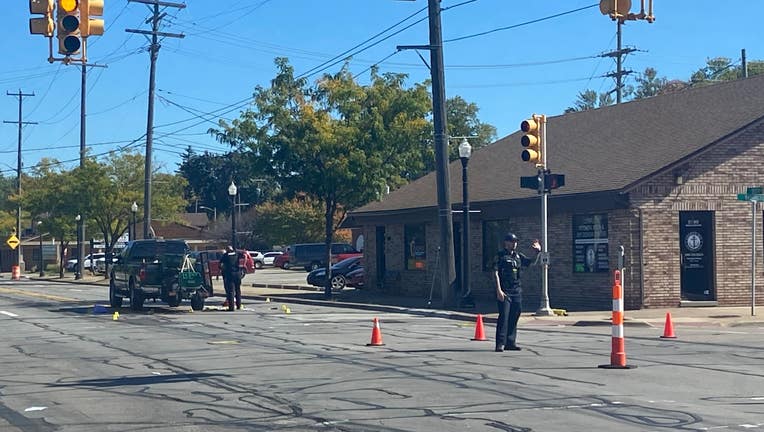 A 7-year-old girl and her 57-year-old grandmother were injured Friday morning when they were hit by a pickup truck while walking to school in New Baltimore, police said.

NEW BALTIMORE, Mich. (FOX 2) - A 7-year-old girl and her 57-year-old grandmother are both facing life-threatening injuries after police said a pickup truck hit them as they walked to school Friday morning in New Baltimore.

According to a release from the New Baltimore Police Department, the girl and her grandmother were hit around 8:40 a.m. on Friday on Green Street at Washington Street.

The initial investigation shows the two were walking across the street in the crosswalk at Washington Street when a pickup truck turned onto eastbound Green from southbound Washington, hitting the grandmother and little girl.

A 7-year-old girl and her 57-year-old grandmother were both hospitalized after they were hit while crossing the street on their way to school Friday morning in New Baltimore.

The driver of the truck immediately stopped and is cooperating with the police.

Investigators from the Macomb County Sheriff's Office responded to assist the police department.

Alcohol and speed do not appear to be a factor in the crash.

Police did not elaborate further about what the injuries the girl and grandmother had but are considered serious and life-threatening.