DETROIT (FOX 2) - Many would consider opening a restaurant during a pandemic a risky endeavor but that's not stopping some Michigan entrepreneurs from pursuing their dreams.

A new restaurant East Eats will be opening Friday, Oct. 9 in Detroit's Jefferson-Chalmers neighborhood and the men behind it say they're making it a pandemic-friendly environment. "In the COVID-era, there were two questions for us. How do we stay socially distant? But how do we also give equitable experiences to people? I think some people have seen these domes downtown or wherever, and there's only two or three and you have to pay a premium to sit there. We said, why can't the east side have this luxury experience where you can have an oasis in the middle of this great city of Detroit?" said one of the owners, Lloyd Talley.

The restaurant is made up of 12 domes, ten for guests and two for staff. The domes allow for open air in the warmer months and closed-in for the colder ones.

"In about mid-November we're going to actually completely transform all of the domes into igloo domes. So we actually got domes that have a summer feature and a winter feature so that we could very quickly shift it over and then you're in a greenhouse-like covering, so you can in there in the rain, you can be in there in the snow. And then we'll also be heating each individual dome once it reaches below a certain temperature," Talley said. "One of the things that we strive for is to be green. And so the greenhouses actually preserve heat in the daytime when the sun is up so we don't have to use as much energy and then in the evening time we turn on our generators so that we can actually provide heat to the individual, closed domes."

"We're East Eats, so we're essentially bringing the east side of Detroit to the Eastern Hemisphere. So you have the opportunity, seasonally, to taste food from around that region. But we're doing fusion so we took taco and we added it to some of the southeast Asian appeal," said Kwaku Osei-Bonsu. 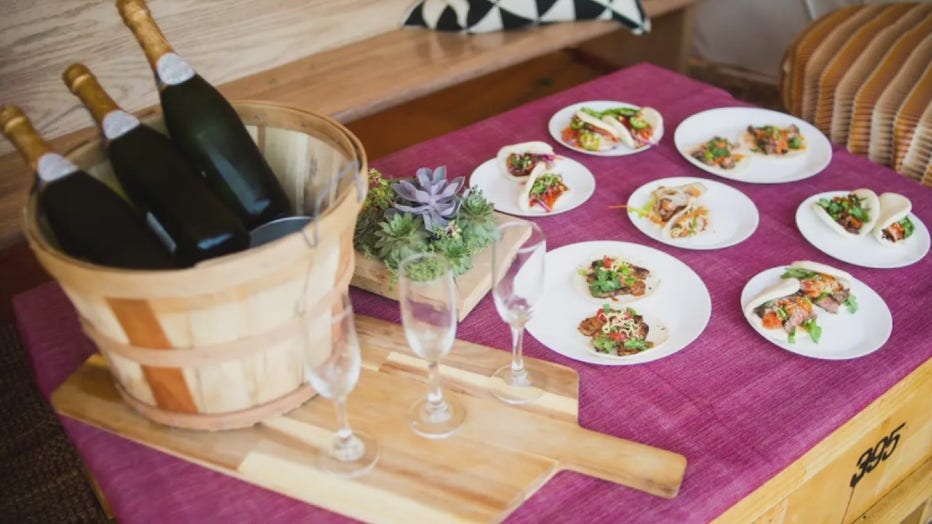 "We wanted to provide an elevated experience as well as keep the concept as simple as possible for our guests. So the menu is really inspired our name East Eats and our tiny dining concept," said Nygel Fyvie. "So we have a rotating seasonal street food menu that travels the Eastern Hemisphere."

"And then in the coming months, something interesting about our team, not only are we Black men but each of us have another Black ethnicity. So whether it be from Ghana like Kwaku, or from Liberia like Nygel or from the Caribbean like myself, and so it gives us an opportunity to also in our coming menus to take people to West Africa, to take them to Bangladesh, to take them to Eastern and Southern Africa so that these experiences that, right now, especially since our passport might not be worth much in the moment, you can't really attain - we're going to bring it here," Talley said.

You can hear more about the restaurant in the video player above.

The grand opening of East Eats is on Friday. They're located at 1018 Navahoe Street.

For more information or to make a reservation, click here.