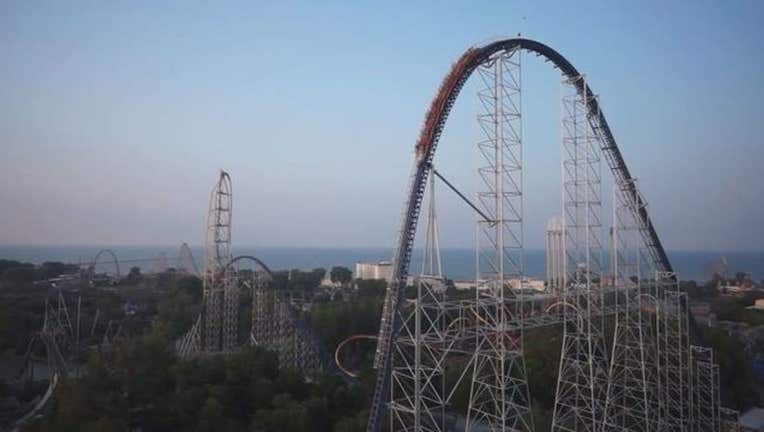 SANDUSKY, Ohio - While it's already public that the Wicked Twister won't be returning for the upcoming Cedar Point season, the amusement park isn't done announcing improvements to the roller coaster destination.

Last week, the park teased plans for a new restaurant in Frontier Town, which will take the place of the Antique Cars ride. The old-timey circuit took people in classic vehicle models through a bridge and around other western-themed attractions.

It's not quite clear what will be taking its place, but a news release from the amusement park's parent company hinted at a $175 million investment for the 2022 season. It will include more money into the park's food and beverage sector.

"Under this plan, Cedar Fair is upgrading and expanding F&B facilities across its portfolio, with new chef-inspired restaurants opening at several parks," read the release.

According to Cedar Point's communication director, the new restaurant will include a brand new menu, theme, name, and more.

And the bridge that people traveled through on the previous ride will become accessible to walkers.

"The culinary experience at Cedar Point continues to get better each season, and this is another huge step in providing quality dining experiences for all tastes and preferences," said the director of communications.

In August, Cedar Point announced it would be permanently closing the Wicked Twister, after 18 years of its presence.