DETROIT (FOX 2) - WEB UPDATE (3:30 p.m. Wednesday): The Detroit Fire Department said they are still investigating who is at fault. The video is under review as the investigation continues.

A Detroit fire rig crashed through a gas station Monday night on the city's northeast side. Miraculously, there were no injuries.

"This is the first time I've seen something like that happen. But lucky nobody got hurt. It's a miracle,” said Hassan Rammal, the gas station owner.

While sources at the scene allege that the driver reeked of alcohol, Detroit police claim there's no indication the driver had been drinking.

Station video shows the moment which had Rammal cringing - a fire truck can be seen flying into a pole at the Citgo on E. Outer Drive and Dequindre.

Detroit Deputy Fire Commissioner Dave Fornell says at 9:30 p.m. Monday four guys from Engine 56 were responding to a fire on Winchester Street with lights flashing and sirens blaring, when another vehicle crashed into it.

"When we come into an intersection we normally slow down and stop, but in this case they looked and didn't see any lights so we started in the intersection," Fornell said.

That was when a car slammed into the rig and knocked it into a pole - ripping it out of the ground. The pole then pulverizing a parked car belonging to the late night gas station clerk. 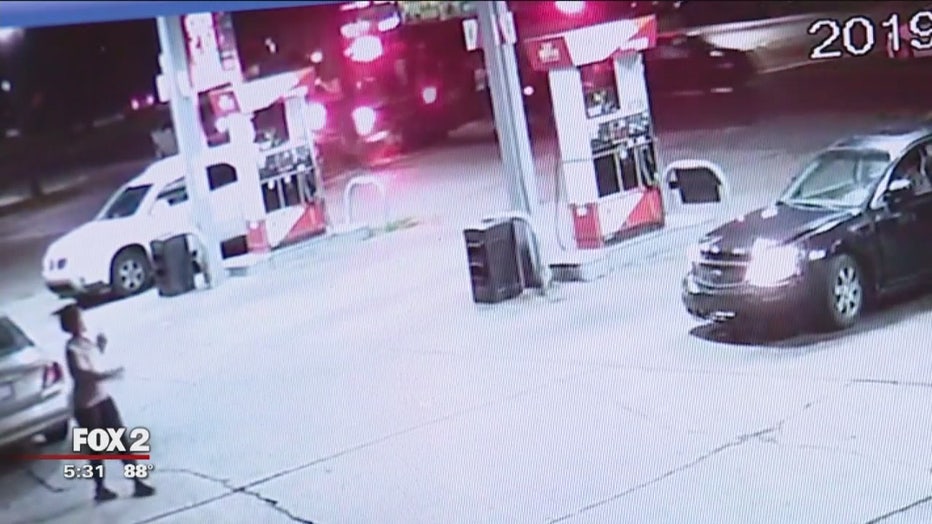 The crash video shows the driver of that car getting out and walking over to the damaged rig. Fornell says he wasn't hurt - and no witnesses or firefighters were hurt either.

"They were shaken up and actually they went to a fire a few hours later," Fornell said. "So they were good."

"It could've been much worse, especially with the gas pumps right there."

"Really, it would be a disaster," Rammal said.

While sources at the scene allege that the driver reeked of alcohol, Detroit police claim there's no indication the driver had been drinking. But DPD and DFD are both still investigating to find out what exactly happened. 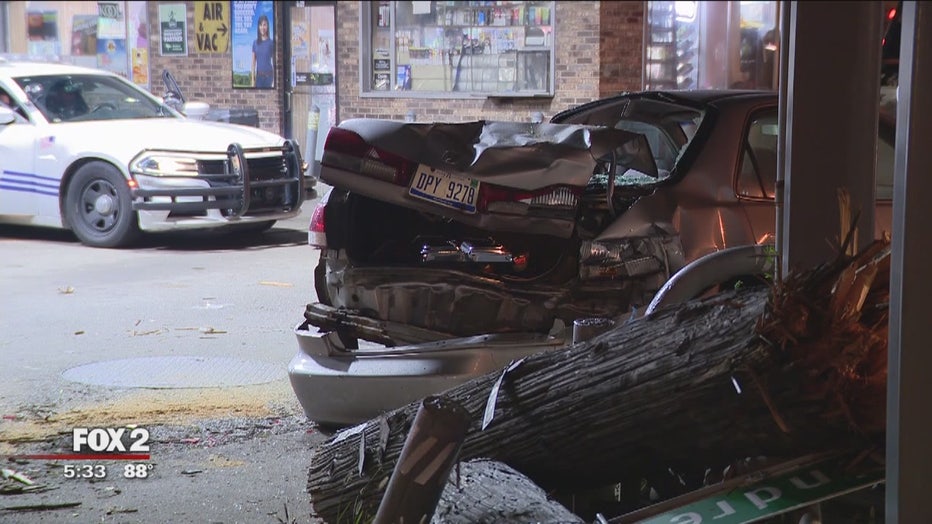