NORTHVILLE TWP., Mich. (FOX 2) - Northville Township police has launched the One Mind campaign - aiming to tend to the mental condition of residents who may be in crisis in the field.

As of last month at the Northville Township Police Department, all sworn officers received mental health first-aid training and half underwent 40 additional hours to certify them for a crisis intervention team.

Northville police has lauched the One Mind campaign - aiming to tend to the mental condition of residents who may be in crisis in the field.

"We don't just leave, we make sure they're taken care of," said Andrew Domzalski. "It's a collaborative effort between law enforcement, mental health organizations, and the community to be of one mind."

That's the motto of a progressive program training officers to best handle interactions with the mentally ill.

"Only six the state of Michigan has completed that pledge and we were the first in Wayne County to complete that pledge," he said.

They are using what they learned daily.

"The goal for crisis intervention is to not to go hands-on, it is to take a step back and try to deescalate that situation verbally," he said.

If it's needed - a crisis intervention team will get called in.

"In a perfect world I think any social worker would want to be first one out there," Domzalski said. "But we are always the first called, so we should have an adequate amount of training that gets us where we need to be so we can defuse this situation."

If the situation doesn't rise to "crisis" officers will supply the person with mental health resources and even take them to designated facilities for treatment. 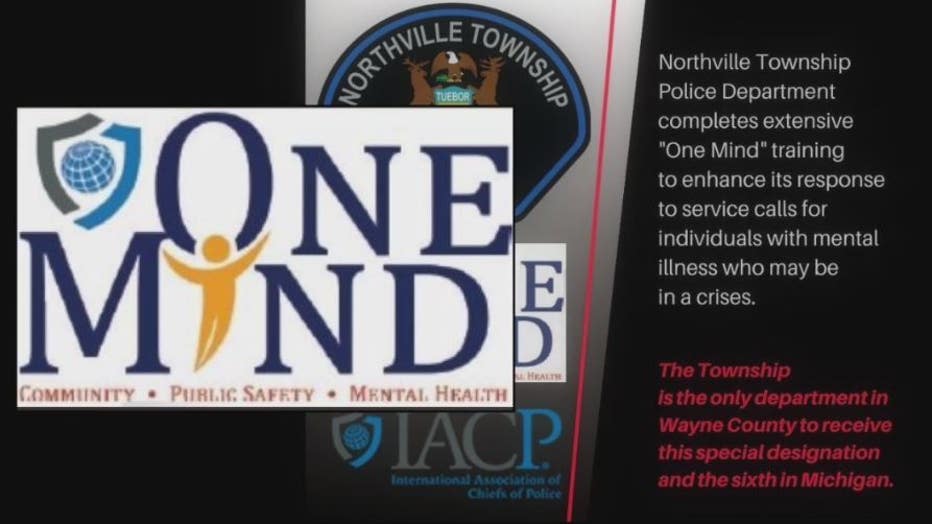 "It's more of a diversion so we don't have individuals who really need those resources go to jail, then get what they need to better themselves," he said.

Learn more about the One Mind Program, and see if your department is involved HERE.