In White Lake Township, trees and power lines are down, roofs are ripped up, and the community is working together to get things picked up after Saturday's tornado.

The NWS confirmed an EF-1 tornado touched down in White Lake Saturday evening at 7:54 p.m. According to the NWS, the tornado was on the ground about a mile north/northeast White Lake and traveled for almost 2 miles and lifted up three minutes later, at 7:57 p.m.

The NWS report says the tornado first touched down near the intersection of Teggerdine Road and Pontiac Lake Road and started as an EF-0, uprooting multiple healthy trees in the process. It then tracked southeast toward a neighborhood where it produced EF-1 damage.

When it was an EF-1, the NWS said it created shingle and roof damage and blew the garage door off of one garage.

Additionally, a house was damaged when multiple pine trees fell onto it, resulting in one minor injury.

The tornado then tracked to the northeast and crossed Pontiac Lake Road and weakened into an EF-0.

This is the first tornado confirmed in Oakland County since an EF-1 in Rochester Hills on September 21, 2014.

The scale of the Macomb County tornado has not yet been determined. According to an NWS spokesperson who gave updated information during a press conference Sunday afternoon, the radar-indicated tornado was detected at 7:57 p.m.

The spokesperson said NWS surveyors are in downtown Armada and are still evaluating the damage in person before a scale can be determined.

The National Weather Service said on Sunday that a tornado touched down in Armada Saturday evening but the rating is still not yet known.

That's expected to be done later in the day on Sunday or Monday morning.

Macomb County Executive Mark Hackel said he could not estimate how much damage was caused by the storm but said it was "significant".

In a video sent to FOX 2, damage from downtown Armada showed a roof ripped off a business in downtown. The video showed multiple trees down and power lines hanging low.

There were no reports of any injuries in the Armada tornado. 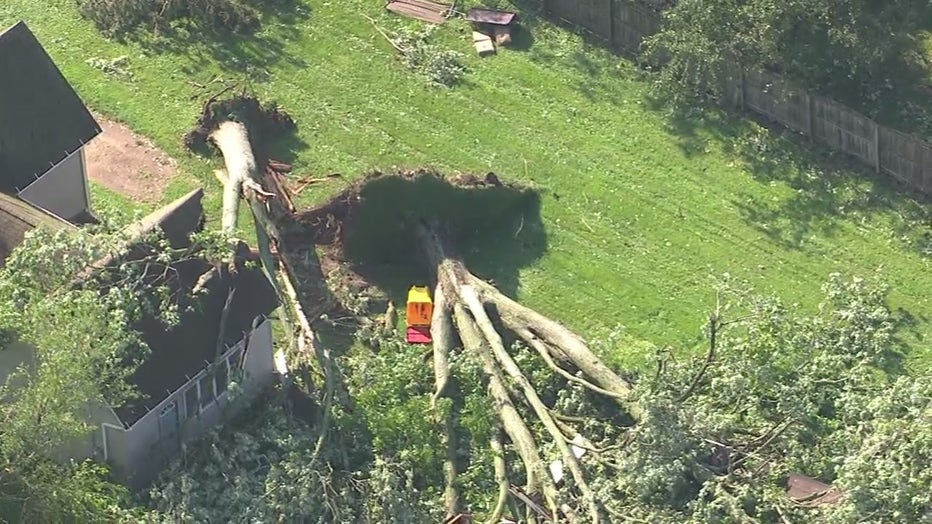